Two giant storms swirl through the atmosphere of Jupiter in this heavily enhanced view from the Juno spacecraft. The Great Red Spot, which is as wide as Earth, is at top left. Below it is the planet's second-largest storm, Oval BA. It formed over several years as three smaller storms merged. It has survived several close encounters with the Great Red Spot. [NASA/JPL-Caltech/SwRI/MSSS/Gerald Eichstadt/Sean Doran] 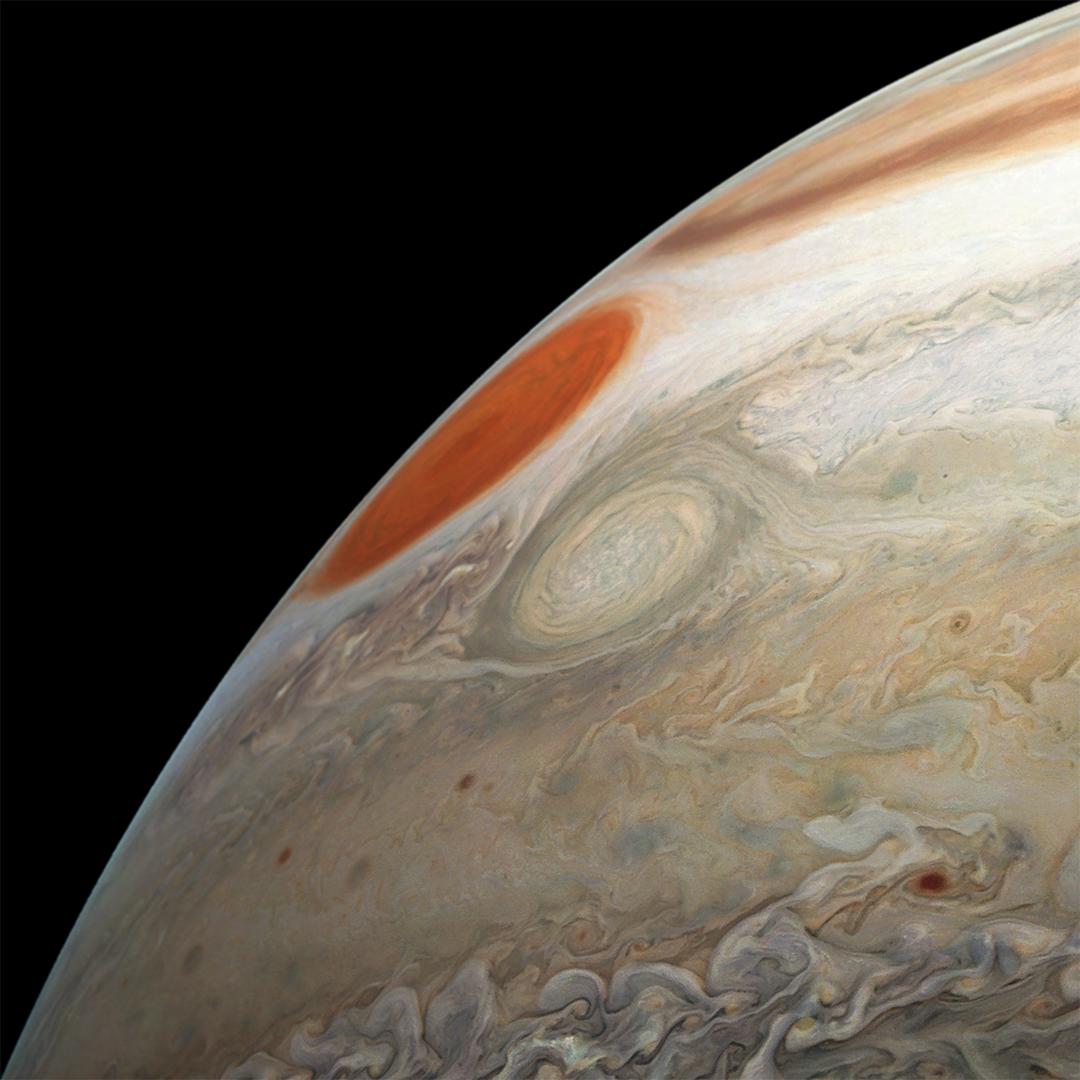