High-speed "jets" of charged particles race away from the poles of a dying star in this recent image from ALMA, an array of radio telescopes in Chile. The spike-shaped jets, shown in blue, are moving at almost 400,000 miles per hour (600,000 kph). They are carving through slower flows of gas from the star (green), which is shedding its outer layers to enter its final phase of life, as a white dwarf. The star, known as W43A, is about 7,000 light-years away in the constellation Aquila, the eagle. The jets probably have formed in the last 60 years, and they drag along dust expelled by the star (shown in orange). [ALMA (ESO/NAOJ/NRAO), Tafoya et al.] 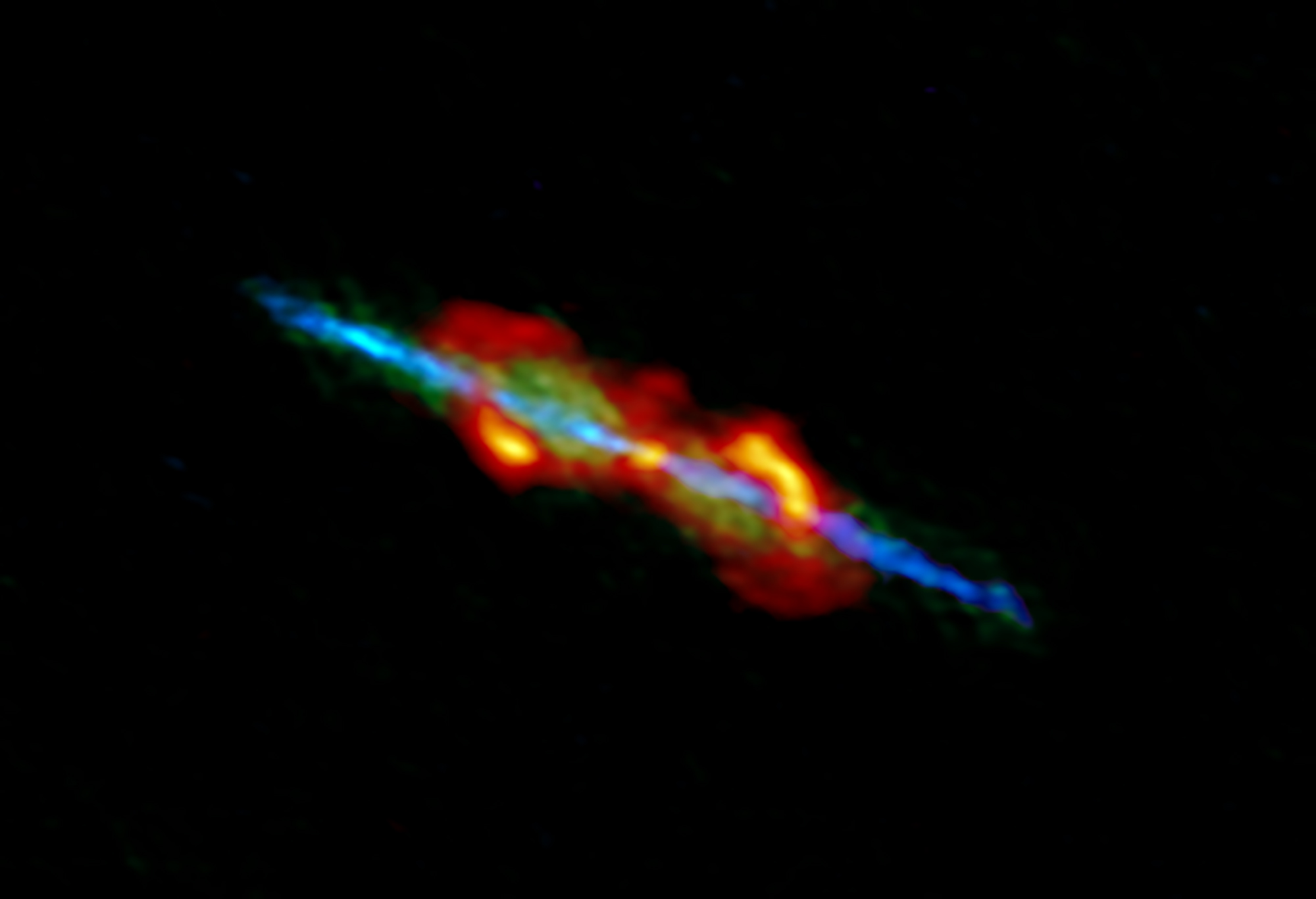