Hubble Space Telescope captured this image of Markarian 231, an odd spiral galaxy. Recent research suggests it's the remnant of a merger of two galaxies. Research also discovered that it likely has two supermassive black holes in its center -- one from each of the merged galaxies. The larger black hole is about 150 million times as massive as the Sun, while the other is only about 4 million solar masses, or roughly the size of the black hole at the heart of the Milky Way. [NASA/ESA/Hubble Heritage (STScI/AURA)-ESA/Hubble Collaboration/A. Evans (Univ. Virginia, Charlottesville/NRAO/Stony Brook)] 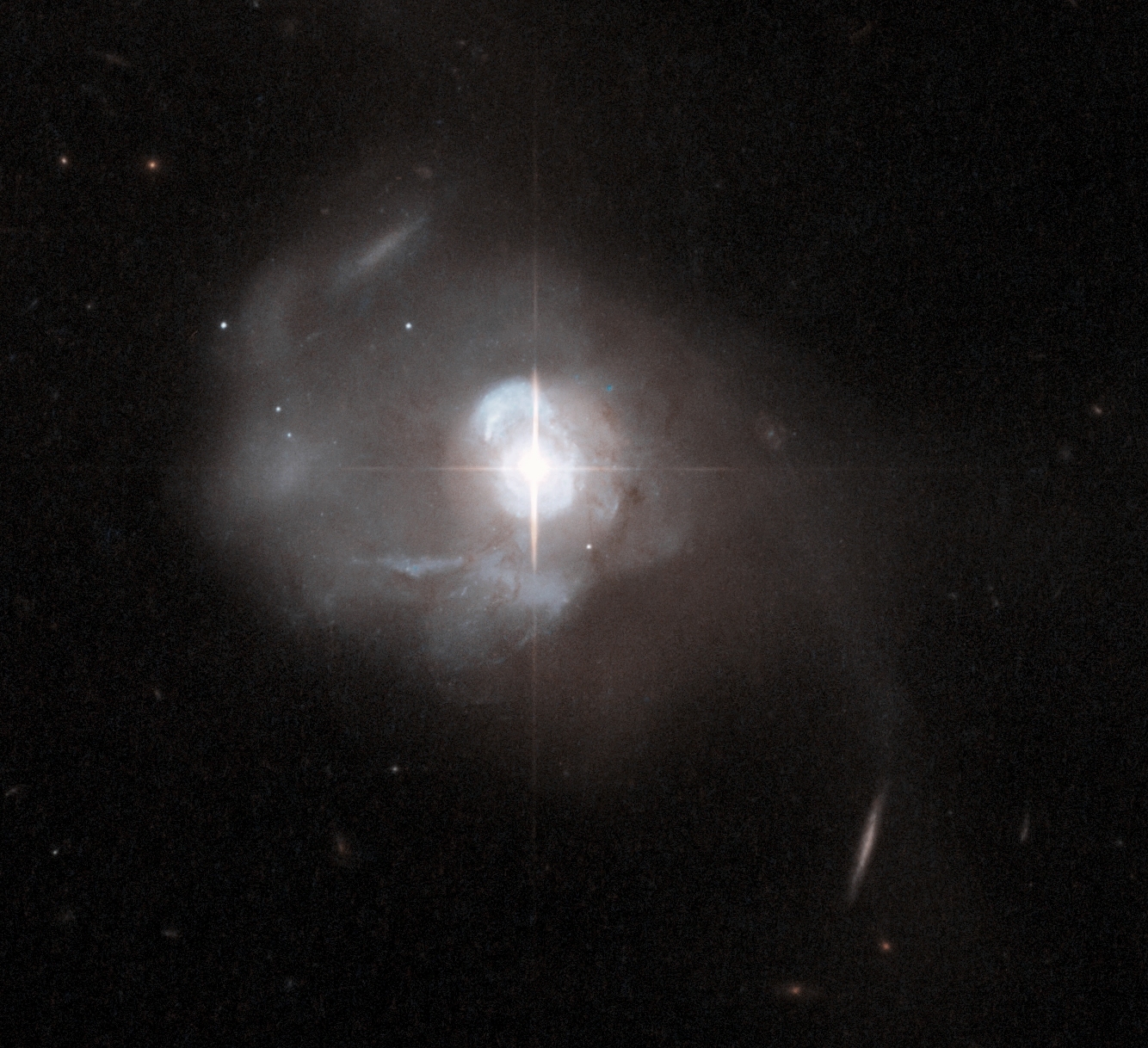