A comet (lower right) streaks toward its doom as it nears the Sun in this image from SOHO, a spacecraft that studies the Sun's extended atmosphere. The comet was a member of a family known as Kreutz sungrazers, which are remnants of a much larger comet that disintegrated centuries ago. These fragments all pass close to the Sun, and most of them vaporize in the intense heat. The Sun itself is blocked out, allowing the spacecraft to see the Sun's hot but faint corona, which extends far into space. [NASA/ESA/SOHO] 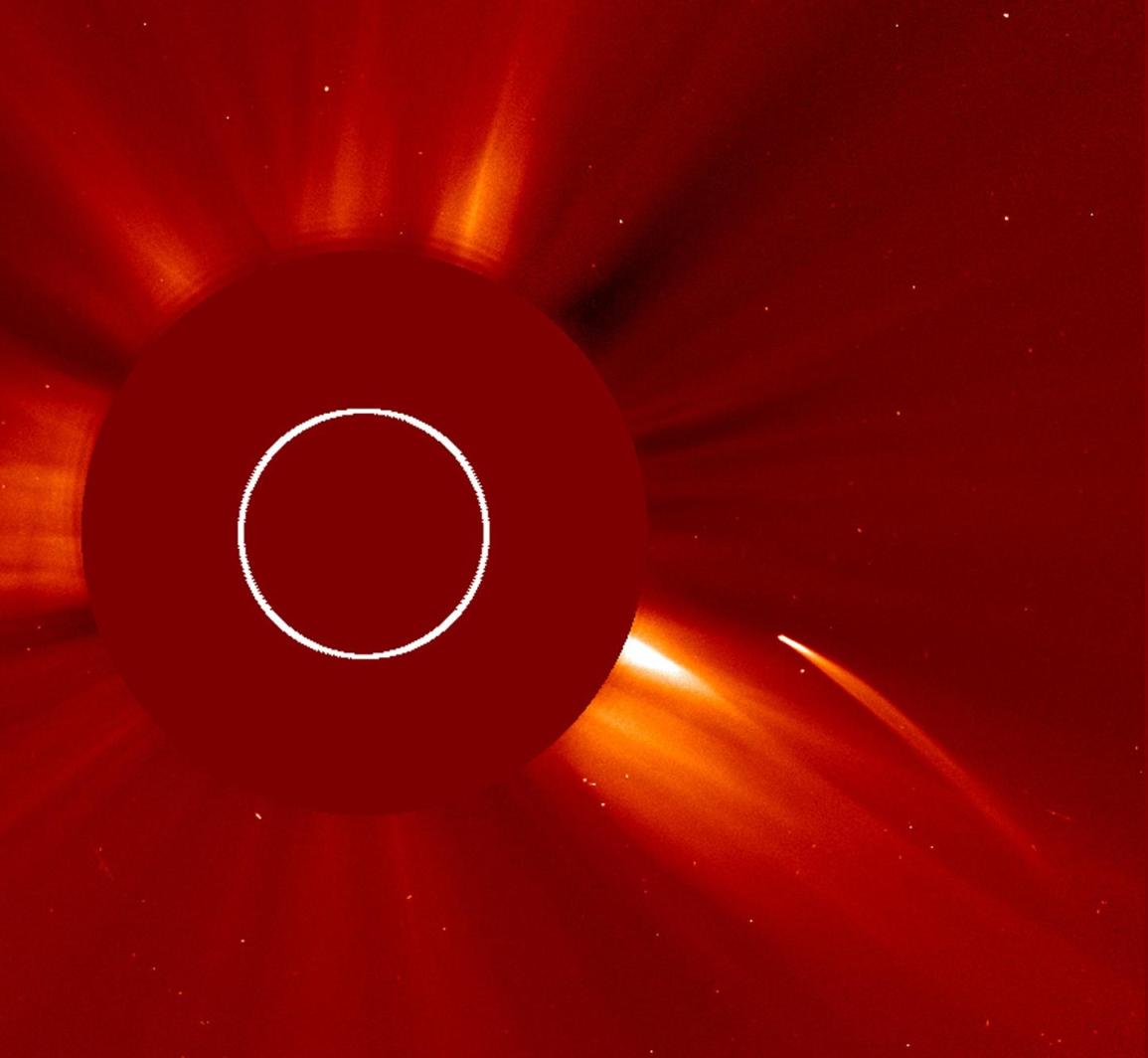