An artist's concept shows the planet WASP-103b, which is distorted by the gravity of its nearby star into a shape that resembles a rugby ball. The planet is so close to the star that it takes less than one day to complete an orbit. The planet is about twice the diameter of Jupiter, the largest planet of the solar system, but only 1.5 times Jupiter's mass. That indicates that the planet has a very low density, perhaps as a result of heating from the star, which is bigger and slightly hotter than the Sun, making it much easier for the star to pull WASP-103b into an elongated shape. The planet's odd shape was discovered by the European Space Agency's Cheops space telescope. The discovery was announced January 11. [ESA] 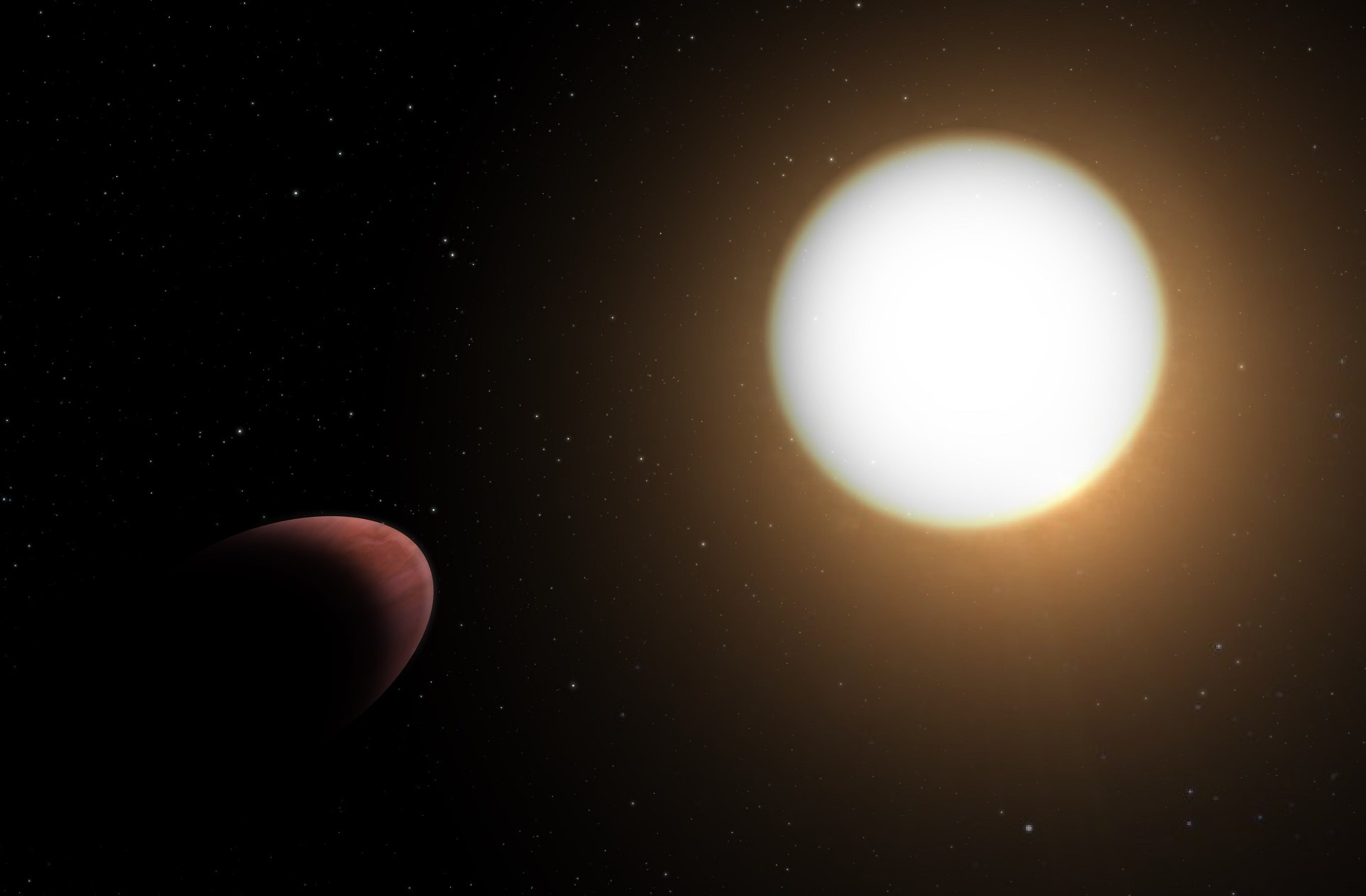