The farthest active comet yet seen is approaching the Sun from the Oort Cloud, a shell of cometary bodies that forms the outer boundary of the solar system. Hubble Space Telescope snapped a recently released photo of C/2017 K2 PANSTARRS (inset) in June, when it was about 1.5 billion miles (2.4 billion km) from the Sun. The diagram shows its current location and the path it will follow as it swings around the Sun in 2022. The comet is a ball of ice and rock. As it approaches the Sun, solar energy warms its surface, vaporizing some of the ice and releasing grains of dust into space. The gas and dust form a wide coma, which currently spans about 80,000 miles (130,000 km) around the comet's tiny nucleus. As the comet gets even closer, radiation and the solar wind will push some of the material away from the comet, forming a glowing tail. [NASA/ESA/D. Jewitt (UCLA)] 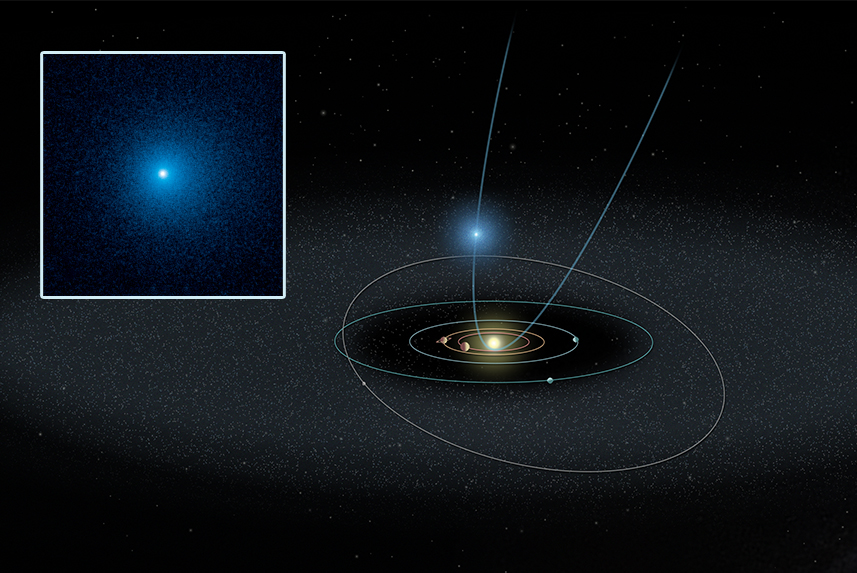