A star about 5,000 light-years from Earth is expelling its outer layers into space in this Hubble Space Telescope image. The expelled gas, which is moving at one million miles per hour, is shown in yellow. The blue shows where the gas is ramming into gas around the star, creating shockwaves. The complex, which spans about 1.4 light-years, is known as the Rotten Egg Nebula because it contains a lot of sulfur. It began forming about 800 years ago (as seen from Earth) when the star first began blowing its outer layers into space. [ESA-Hubble/NASA] 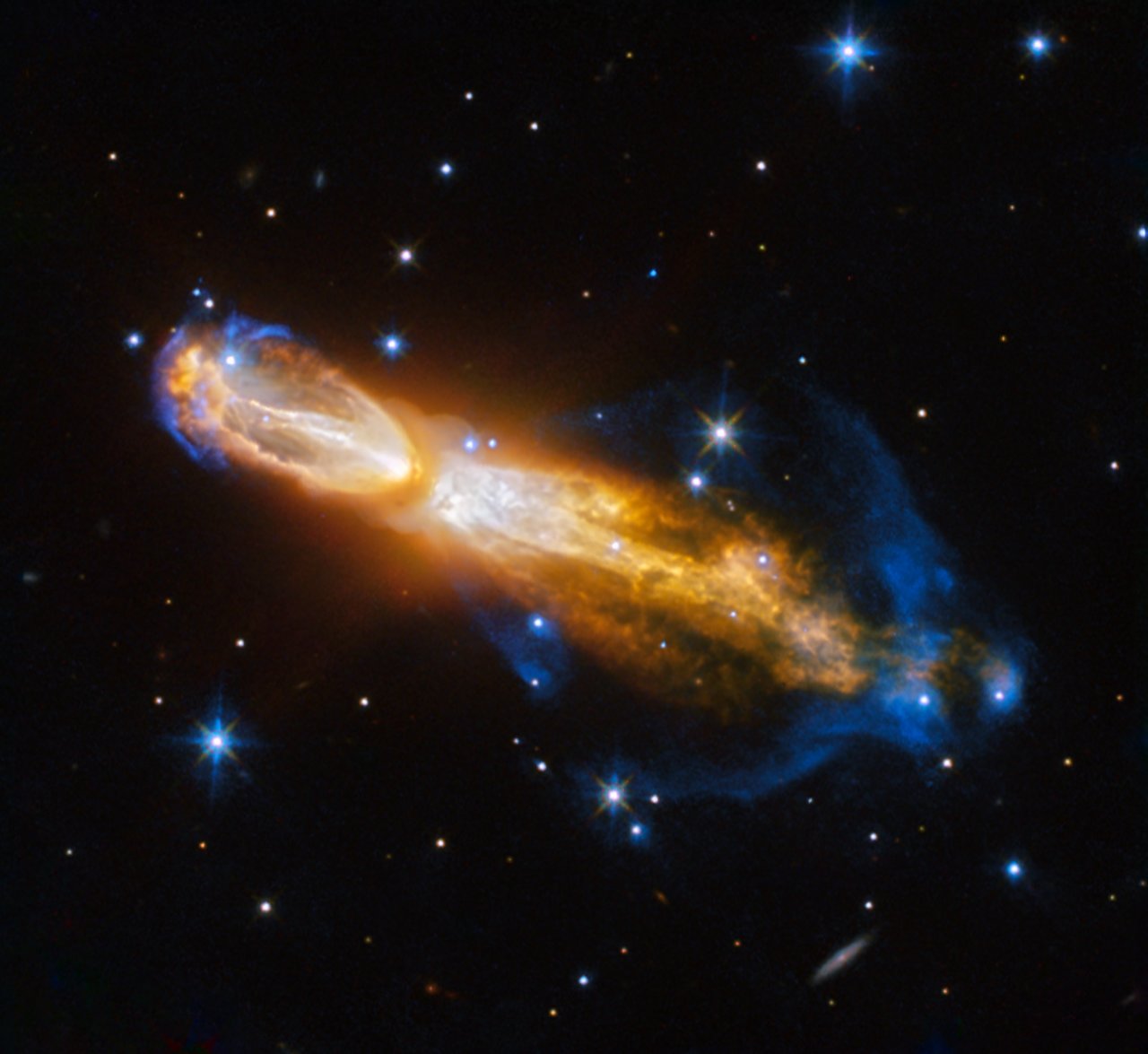