In a light showbefitting a Star Wars death star, four lasers fire from a telescope at Paranal Observatory in Chile during an April 26 demonstration. The lasers are part of the telescope's adaptive optics system, which compensates for the blurring effect of Earth's atmosphere. The observatory says the new laser system is the most powerful used on any telescope. [European Southern Observatory] 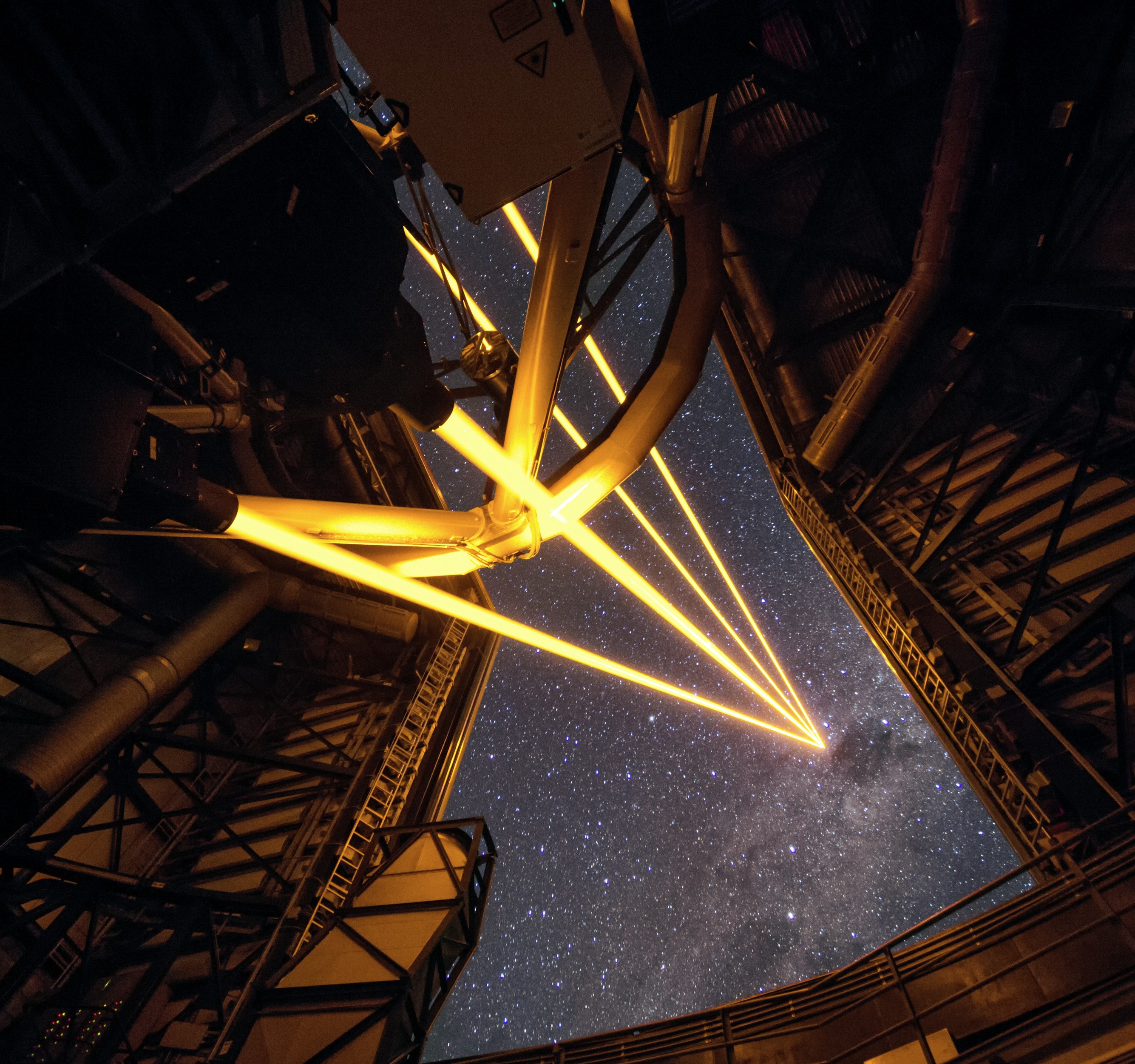