The remains of an exploded star continue to expand, as shown in this multiwavelength image. Known as Tycho's Supernova, for astronomer Tycho Brahe, who wrote about it, the supernova was first seen in 1572. It formed when a small stellar corpse stole gas from a companion star. So much gas piled up on the surface of the small star that it triggered a runaway nuclear explosion, blasting the star to bits. In this image, red shows material that is moving toward us, powered by the energy of the explosion.  [NASA/CXC/Rutgers/DSS/K. Eriksen et al.]

Find out more in our radio program entitled
Supernova Remnants 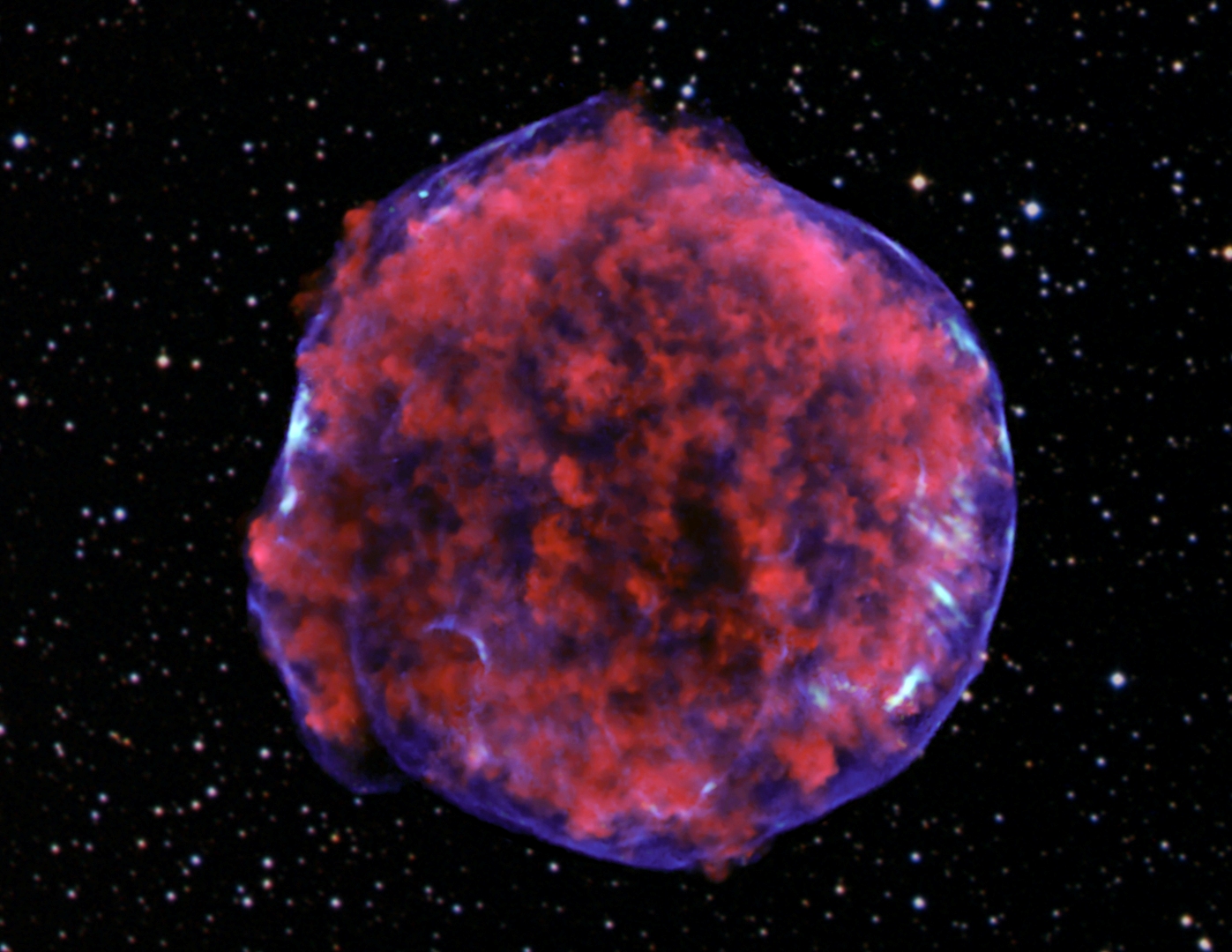