This cosmic hourglass is the remnant of Nova Vulpecula, a brilliant "new" star that appeared in Vulpecula, the fox, in 1670. Recent research says the original outburst took place when a stellar corpse ripped apart a companion known as a brown dwarf -- an object that's not massive to shine as a true star but too heavy to be classified as a planet. Some of the brown dwarf's hot gas funneled onto the corpse, known as a white dwarf. And some of the gas formed "jets" that spewed out into space, forming the hourglass figure that we see today. [ALMA (ESO/NAOJ/NRAO) S.P.S. Eyres]

Find out more in our radio program entitled
Nova Vulpecula 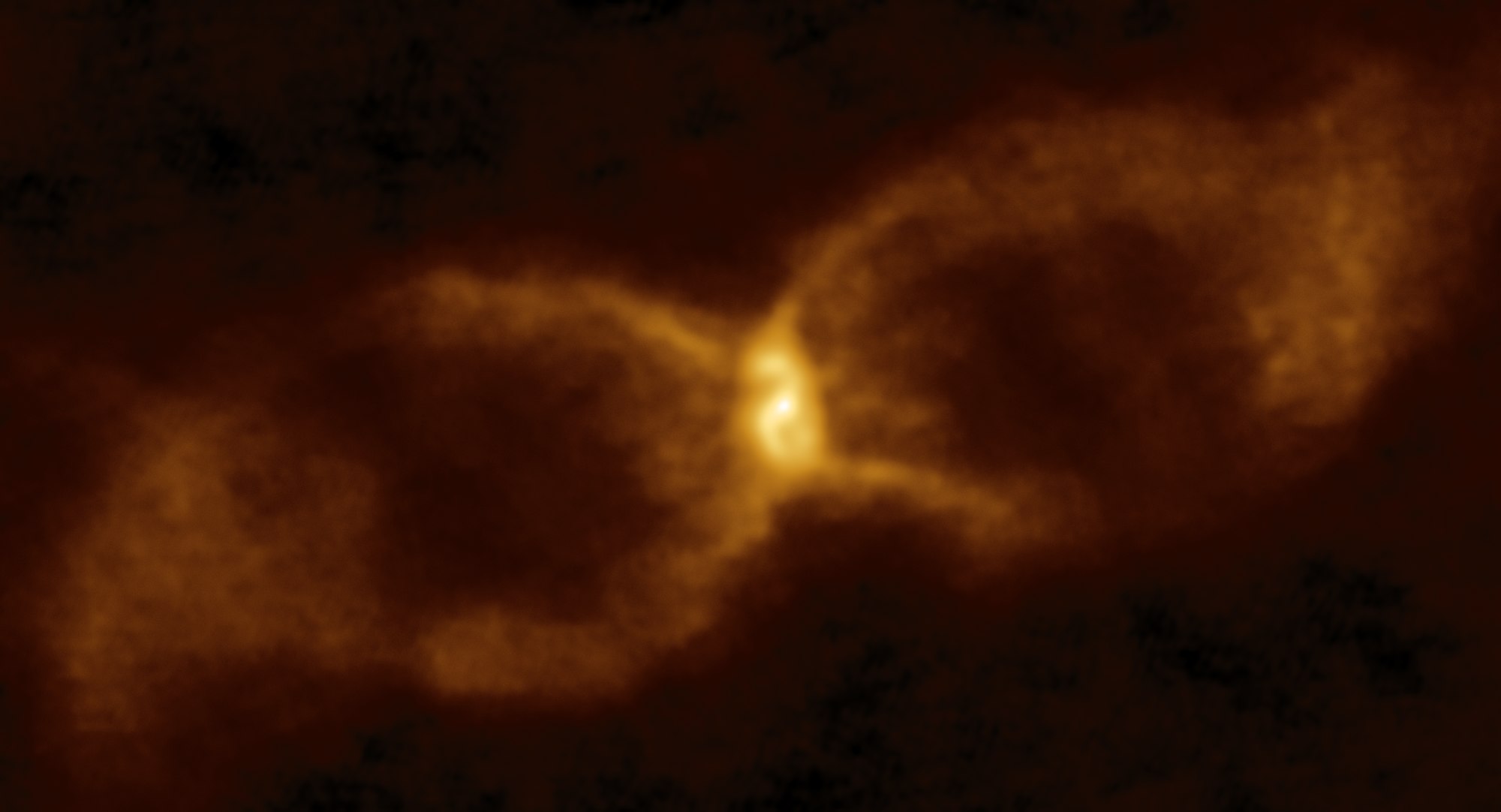