The Cassini spacecraft snapped this portrait of Jupiter and its volcanic moon Io in 2001. Io is covered with massive volcanoes. Some of their eruptions are so powerful that they blast material into orbit around Jupiter. These particles are given a charge by Jupiter's magnetic field, creating strong radiation belts. The radiation is powerful enough to damage or destroy unshielded electronics and to harm or kill unprotected humans. That is only one of the challenges of exploring the Jovian system. [NASA/JPL/University of Arizona] 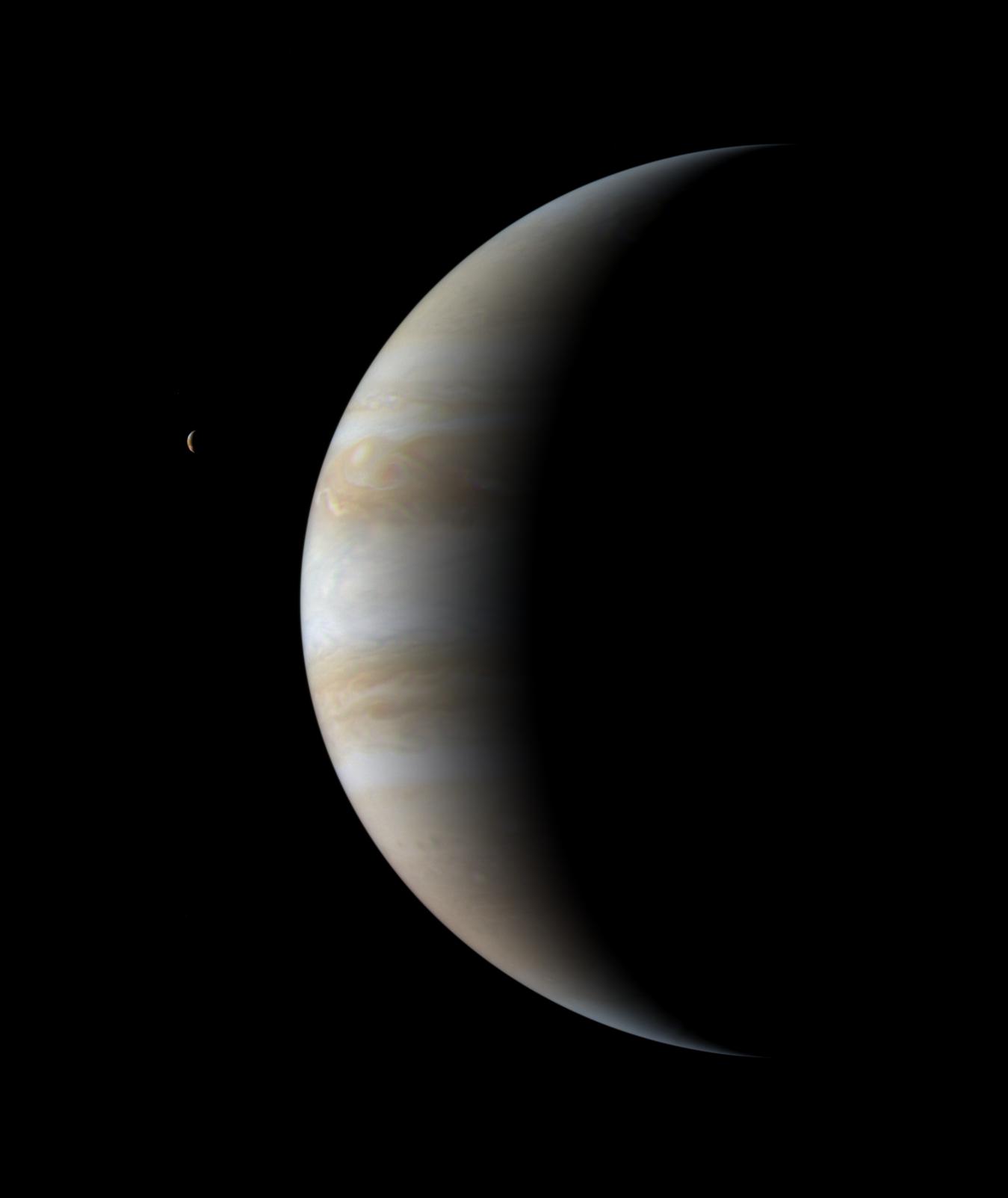