An artist's concept depicts TrES-2b, the darkest planet yet discovered. It reflects no more than one percent of the light from its parent star, TrES-2. The system is named for the project that discovered it, the Trans-Atlantic Exoplanet Survey. TrES-2b is a giant ball of gas, and it's locked so that the same hemisphere always faces its star. Powerful winds may carry some of the heat from the dayside around to the nightside. [John Van Vliet/Wikipedia]

Find out more in our radio program entitled
Dark Planet 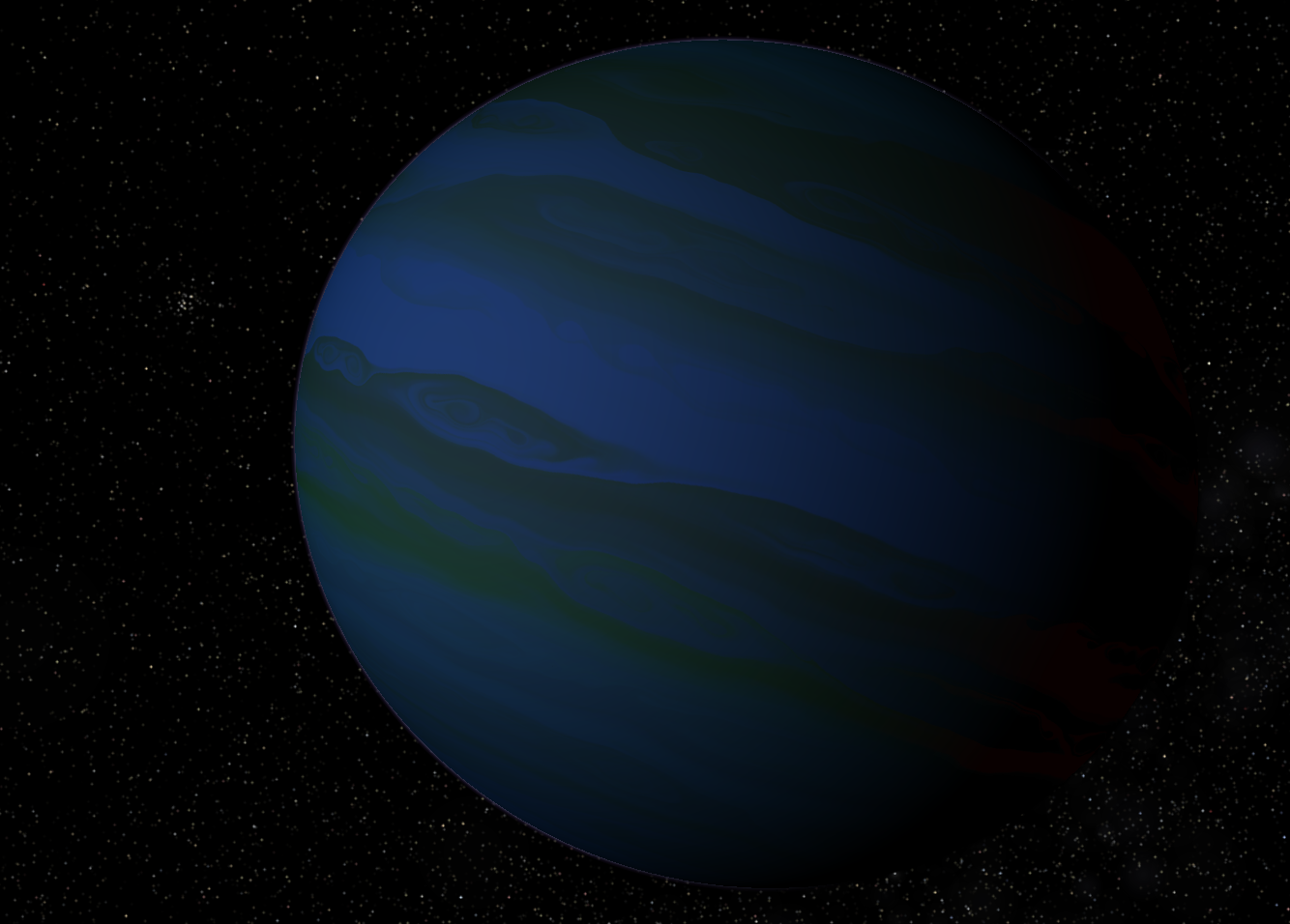