A lane of dust and gas known as the Dark Rift slices through the glowing band of the Milky Way. It absorbs the light of stars behind it, making that part of the sky look empty. It's visible on summer nights from dark skywatching sites. This image also features the Summer Triangle, at left. The brightest point of the triangle, the star Vega, is at upper left. The other points of the triangle are Deneb, to the lower left of Vega (and near the end of the rift), and Altair, to the lower right of the others (on the opposite side of the rift). [NASA]

Find out more in our radio program entitled
Dark Clouds 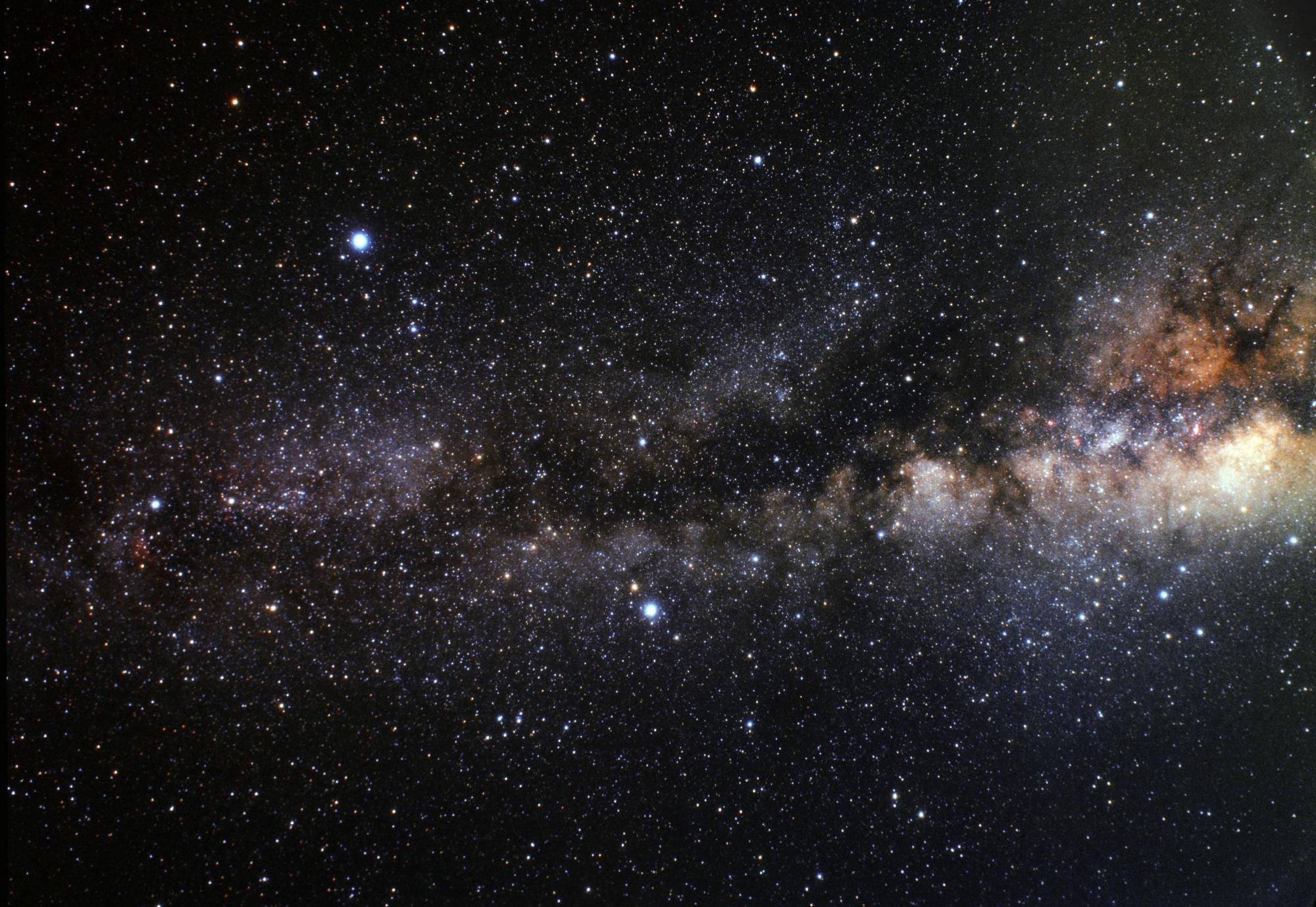 An evening planet that’s in a hurry