A series of images shows the collision and merger of the Milky Way and its nearest large galactic companion, M31, the Andromeda galaxy. Top left shows the galaxies still far apart, with M31 a tiny disk at upper left and the starry band of the Milky Way forming the bright streak across the night sky. M31 grows bigger in the next two images, then slams into the Milky Way, stirring up the stars of both galaxies and triggering a violent burst of starbirth. In the bottom row, the newly merged galaxies settle into life as a giant elliptical, with a bright haze of starlight filling Earth's night sky. The collision won't happen for several billion years, though. [NASA/ESA/Z. Levay and R. van der Marel (STScI)/T. Hallas/A. Mellinger] 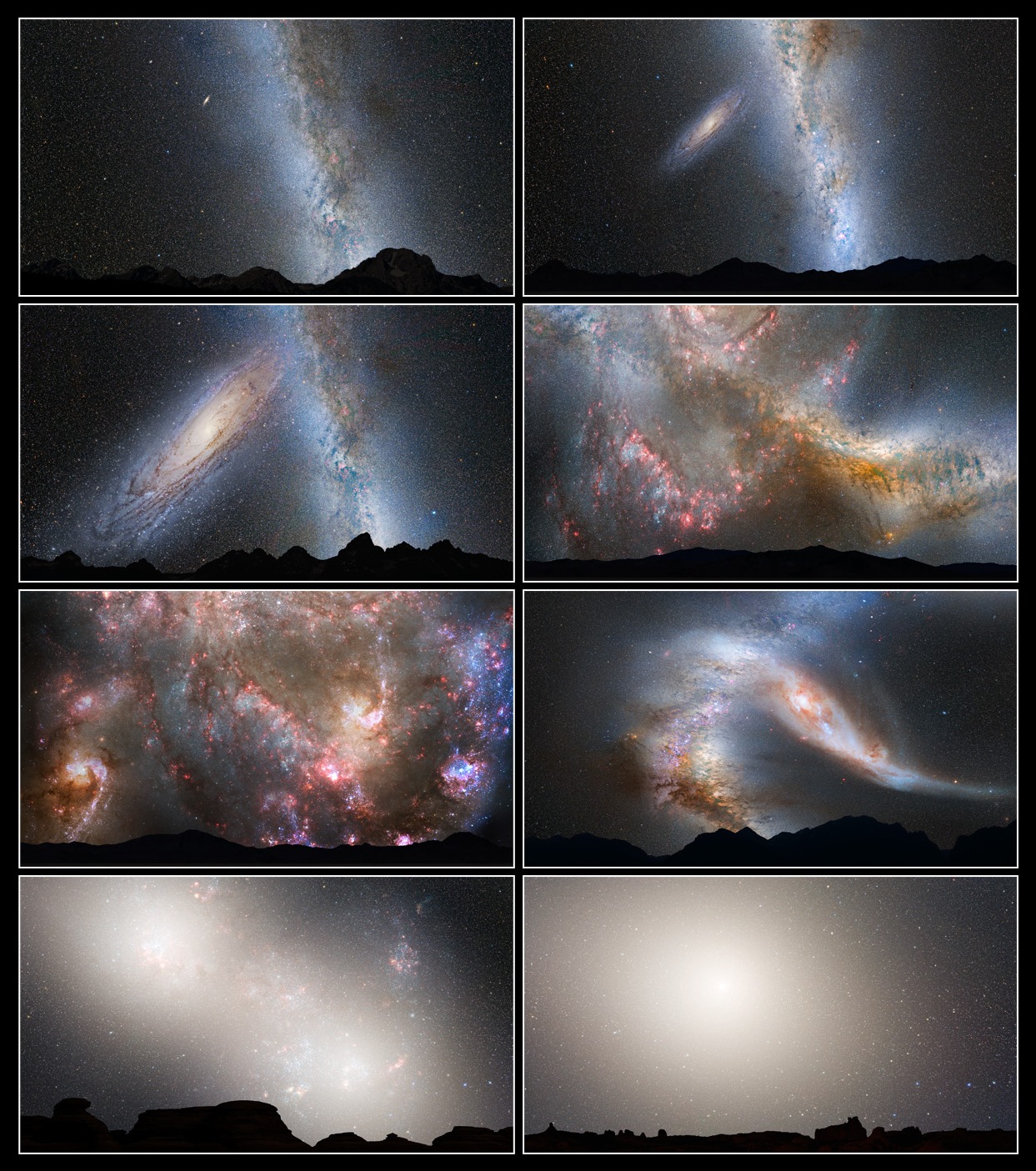