Manicouagan Reservoir in Quebec is one of several impact craters in the province, which has been blasted by major collisions at least nine times in the past 500 million years. Manicouagan, also known as the Eye of Quebec, is a 40-mile-wide ring filled with water, forming one of the largest lakes on Earth. The most recent crater, Pingualuit, is just 1.4 million years old. It, too, is filled with water--some of the purest and clearest on Earth. The plethora of craters in the province is simply coincidence. [ESA/Copernicus Sentinel-2]

Find out more in our radio program entitled
Cosmic Target 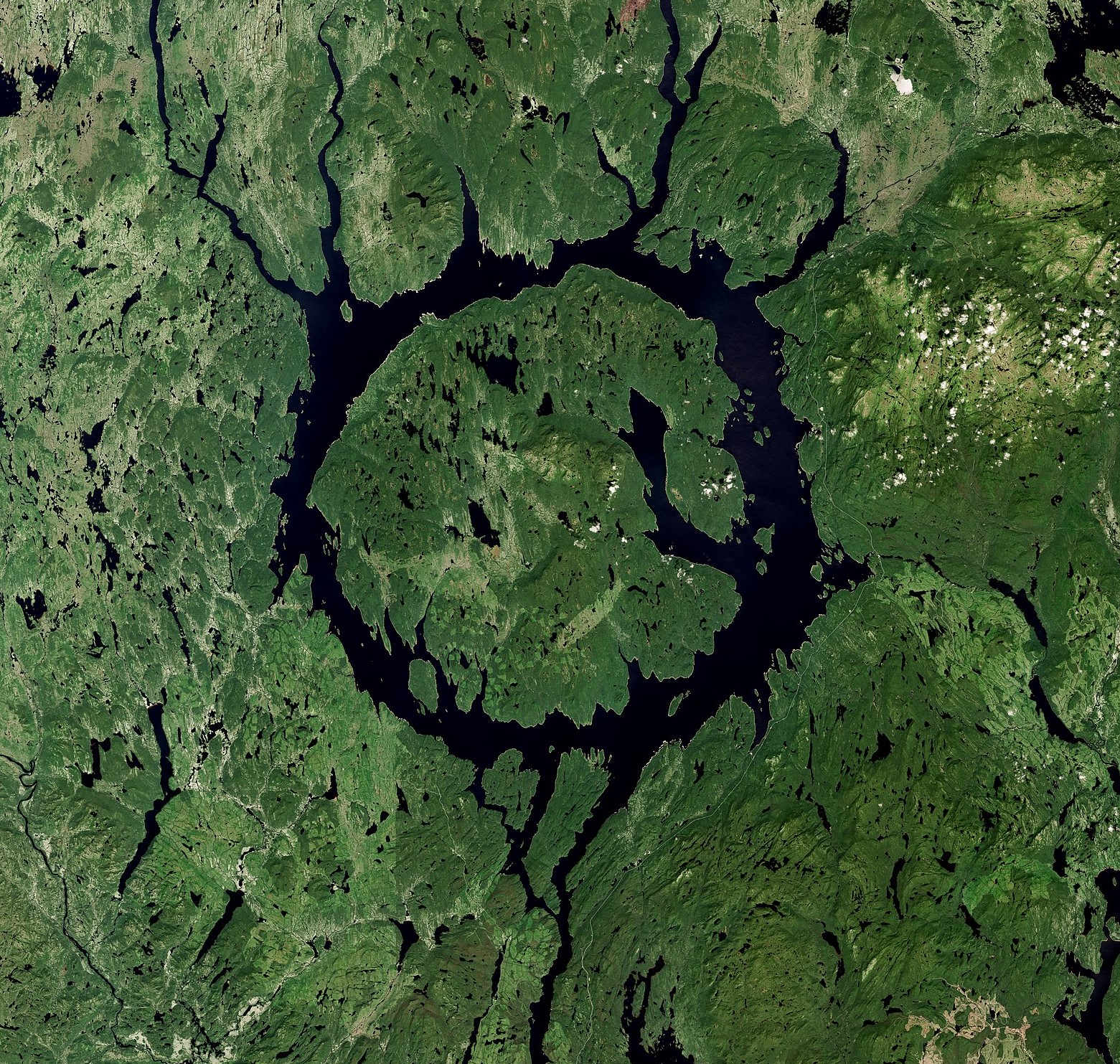