High-speed jets of charged particles spiral out into space from SS 433, a binary system that consists of a giant star and a black hole. Hot gas funnels from the surface of the giant star into a disk around the black hole. Some of the material falls into the black hole, but some is pushed back out by a powerful magnetic field. The black hole is wobbling, so the jets of ejected material spin around like water from a spinning lawn sprinkler, forming the corkscrew shapes. SS 433 is so bright that it's classified as a micro-quasar, and it's the only one in the galaxy. [Blundell & Bowler, NRAO/AUI/NSF]

Find out more in our radio program entitled
SS 433 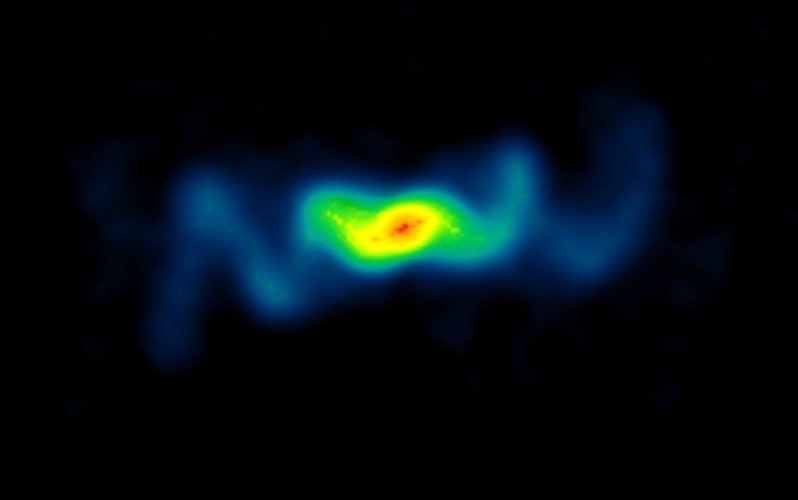