The faint star TRAPPIST-1 glows above the surface of one of its three known planets in this artist's concept. Another planet is crossing in front of the star, while the third appears just to the side. Two of the three planets are just outside the star's habitable zone, where temperatures are just right for liquid water. It's possible, though, that some regions of the planets could receive the right amount of starlight to be habitable. [ESO/M. Kornmesser] 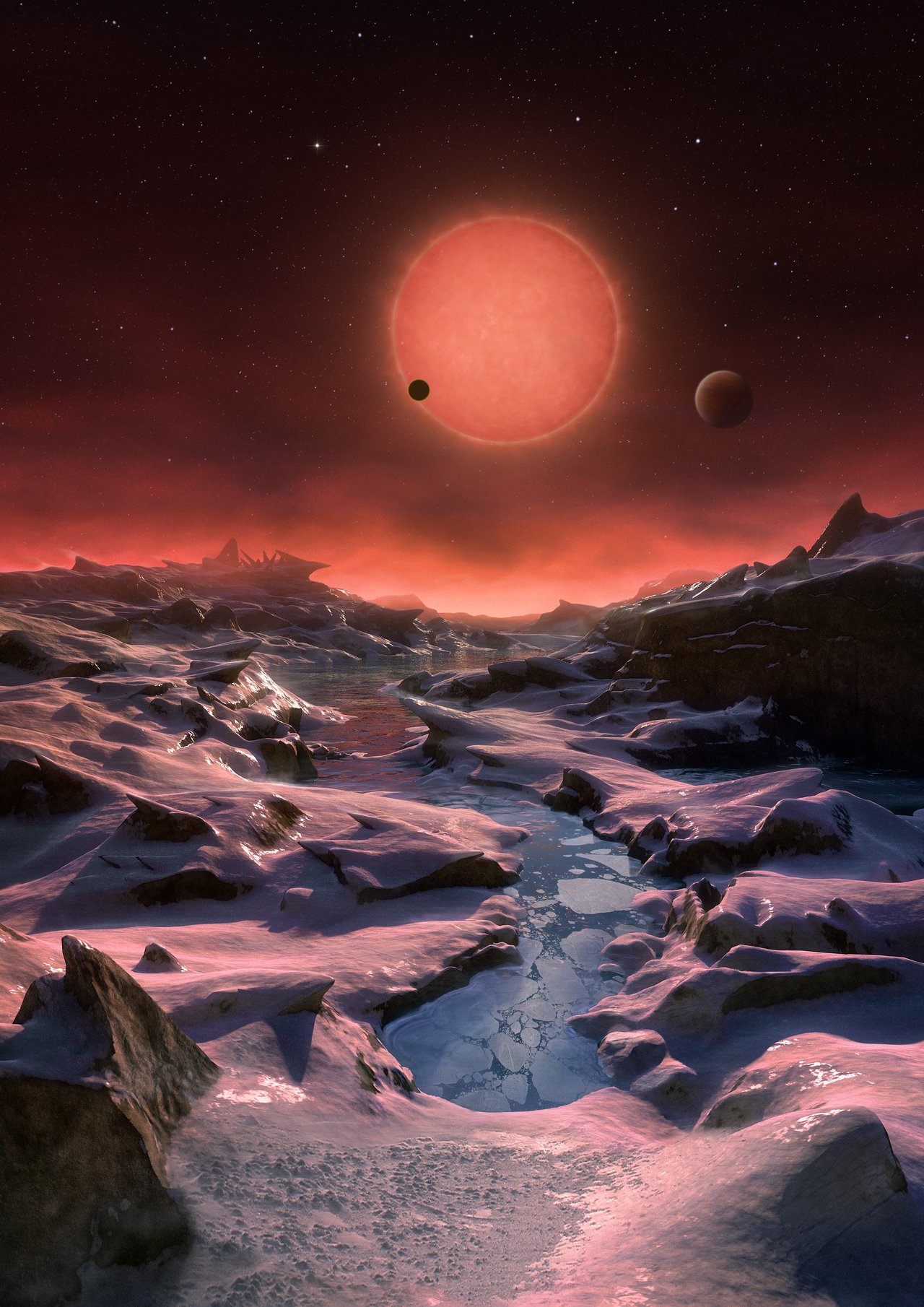