This image from a Sun-watching spacecraft shows the projected position of Comet ISON after it passed closest to the Sun on November 28 (white cross), but no comet. Scientists suggested that ISON probably disintegrated as it flew about 700,000 miles above the Sun. However, it returned to view the following day, suggesting that it lost a good bit of its mass as it flew near the Sun but retained some. Scientists do not yet know whether the comet will become visible to the unaided eye in early December, as had been predicted. [NASA/SDO] 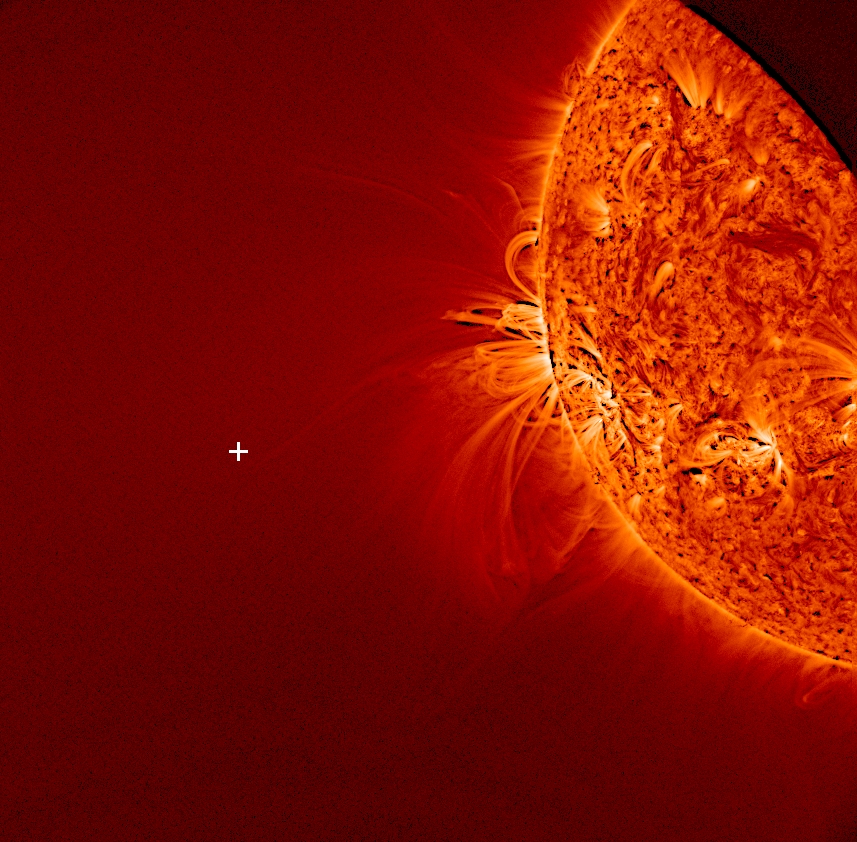