A vigorous young star is sculpting the cocoon of gas and dust that gave it birth in this recent image of the Lagoon Nebula from Hubble Space Telescope. The star, known as Herschel 36, is partially obscured by clouds near the top center of the image, even though the star is much bigger, heavier, and brighter than the Sun. It produces intense radiation and strong winds of charged particles. These blow away material near the star, preventing the birth of more stars. However, the radiation and winds are compressing clumps of material farther away, causing them to collapse to form stars. The yellow region at the top is illuminated by Herschel 36; the blue glow is produced by oxygen, while the red is produced by nitrogen and other elements. The nebula is about 4,000 light-years away, in the summer constellation Sagittarius. [NASA/ESA/STSCI] 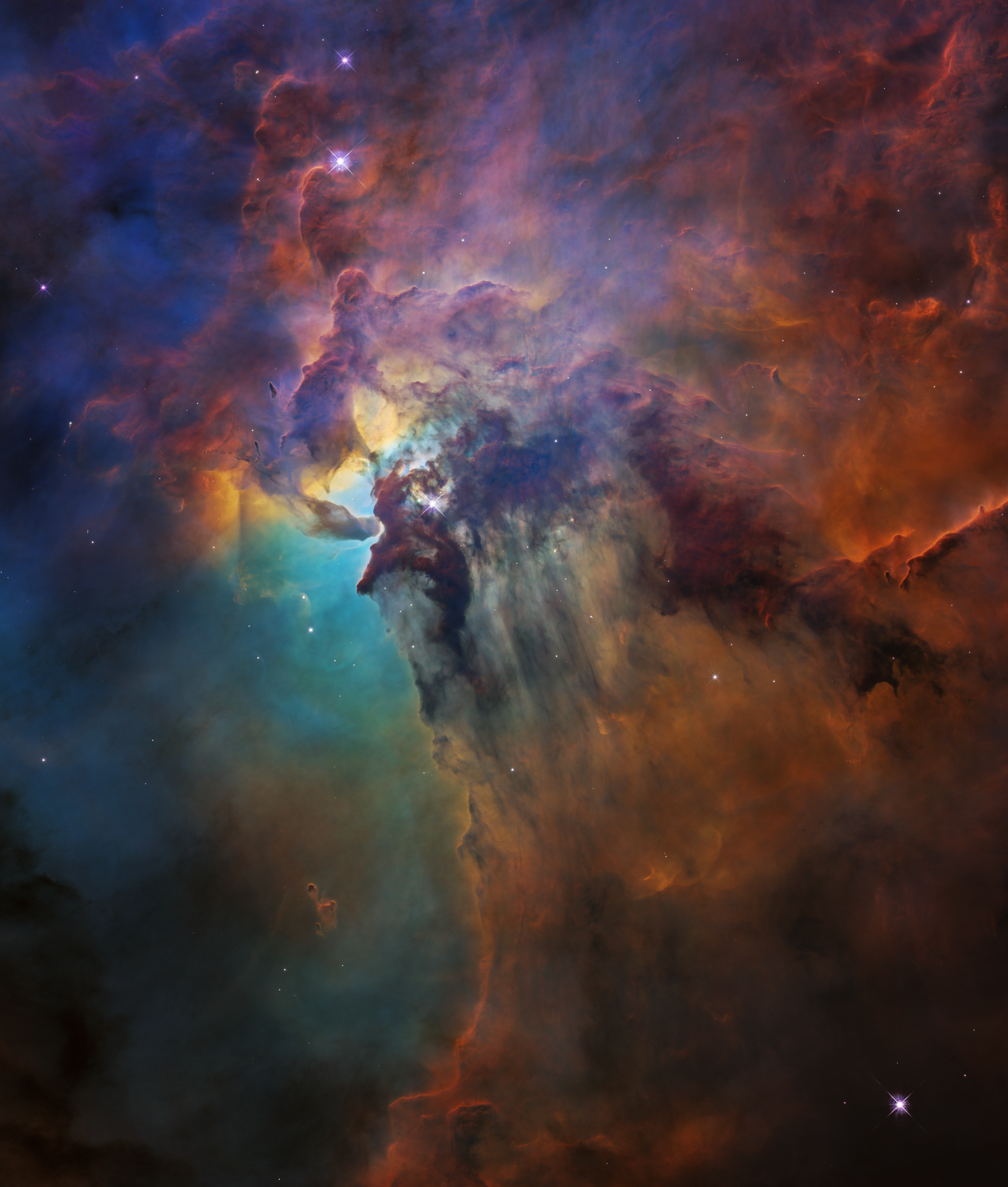