Uranus (left) and Neptune, the Sun's most remote major planets, are classified as ice giants. They are smaller than Jupiter and Saturn, the solar system's largest planets, and have a different composition and structure. They have a thin layer of hydrogen and helium at the top, with water, ammonia, and other compounds below. Those compounds are classified as ices, although they actually form a hot, slushy “ocean.” Their colors are produced by methane and other compounds in the upper atmosphere that absorb redder wavelengths of light and allow bluer wavelengths to shine through. These images were snapped by Voyager 2, the only spacecraft to visit either planet. [NASA/JPL]

Find out more in our radio program entitled
Mars and Uranus 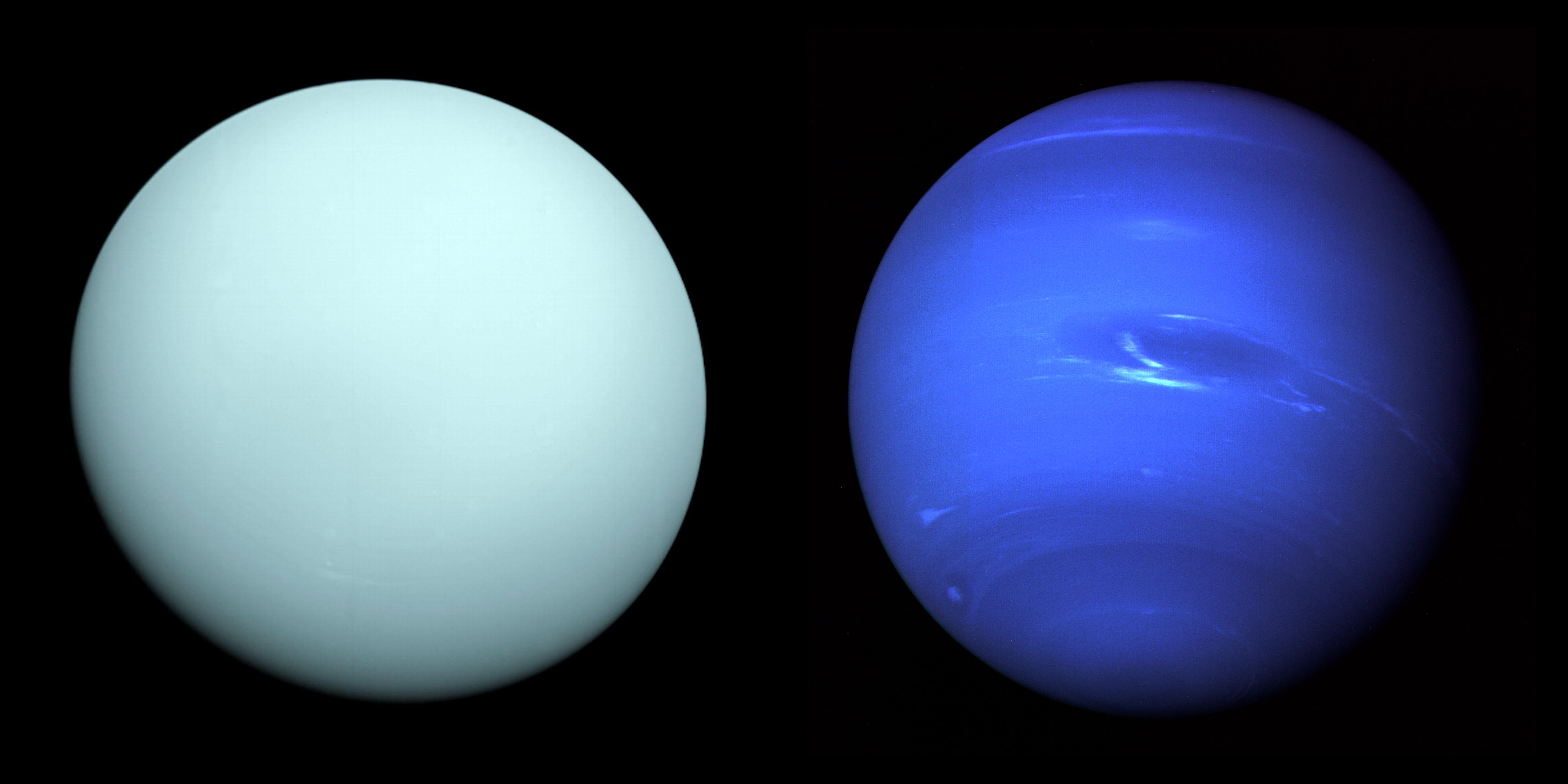