A dying star surrounds itself with a colorful bubble of gas and dust in this recently released image from the XMM-Newton X-ray telescope in space. The bubble, known as the Crescent Nebula, consists of material blown off the outer layers of the dying star, which is many times more massive than the Sun. The blue shows where strong winds of charged particles have overtaken a shell of gas that was expelled about 200,000 years ago. This collision heats the shell, producing X-rays. Green shows oxygen atoms, where the star's wind is interacting with interstellar gas. The star is about 5,000 light-years away, in the constellation Cygnus. It probably will explode as a supernova, creating a new and brighter bubble. [ESA/XMM-Newton, J. Toalá & D. Goldman] 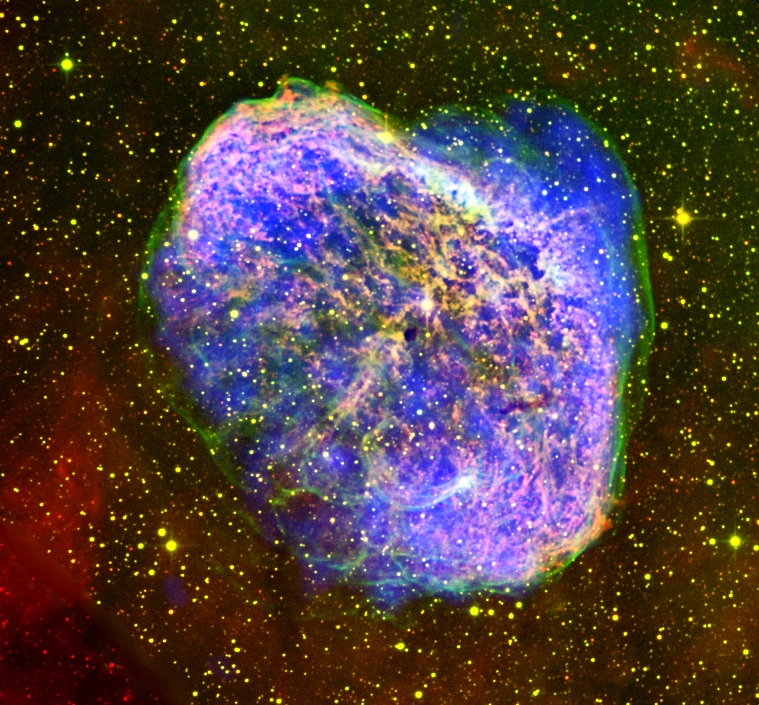