The stars of Albireo, which represent the beak of Cygnus, the celestial swan, show off their colors in this view from the Smithsonian Institution. One star is golden orange, while the other shines blue-white. The golden star actually consists of two or more stars on its own. They are so close together, however, that it is impossible to separate them into separate points of light. It's not certain if the two visible components form a true binary or just happen to line up in the same direction. [Smithsonian Institution]

Find out more in our radio program entitled
Albireo 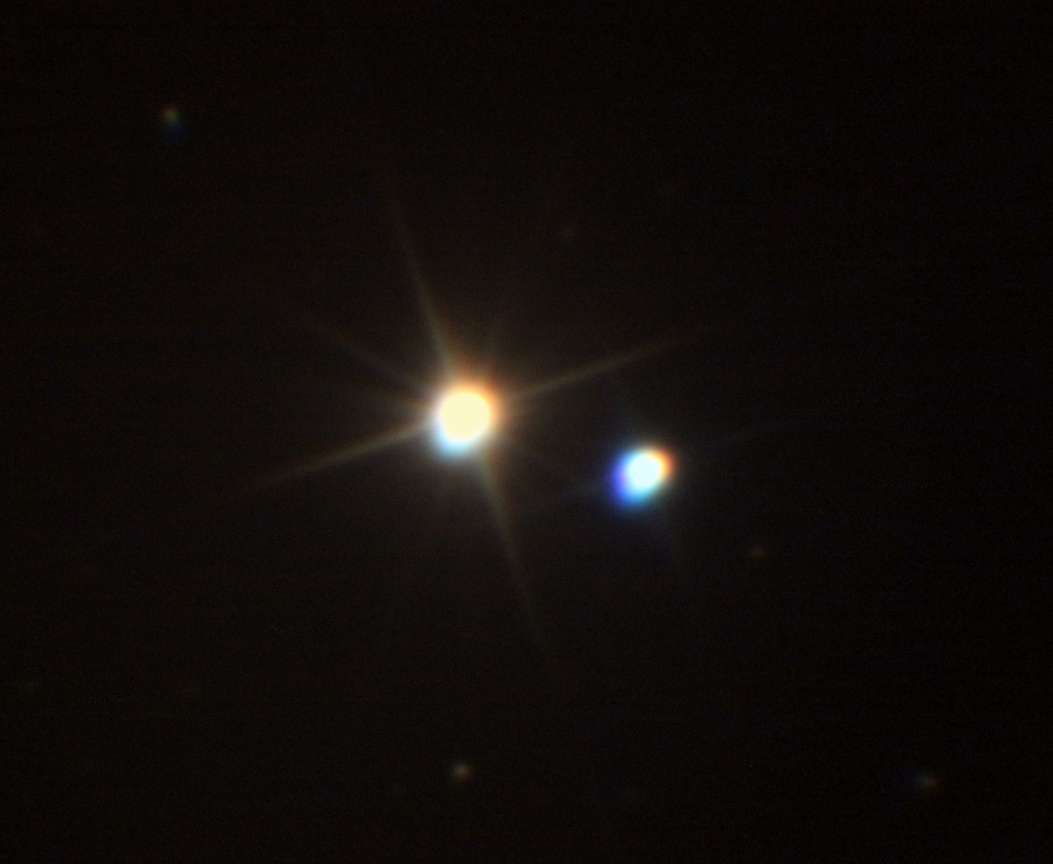