A combined image from two spacecraft shows possible plumes of ice or water erupting from Europa, one of the larger moons of Jupiter. The plumes, seen by Hubble Space Telescope, are the bright streaks near the bottom of the moon's disk, seen by Galileo, which orbited Jupiter for more than a decade. Europa is one of several worlds in the solar system with suspected ice volcanoes. A future mission, Europa Clipper, will look for additional evidence of them. [NASA/ESA/W. Sparks (STScI)/USGS Astrogeology Science Center] 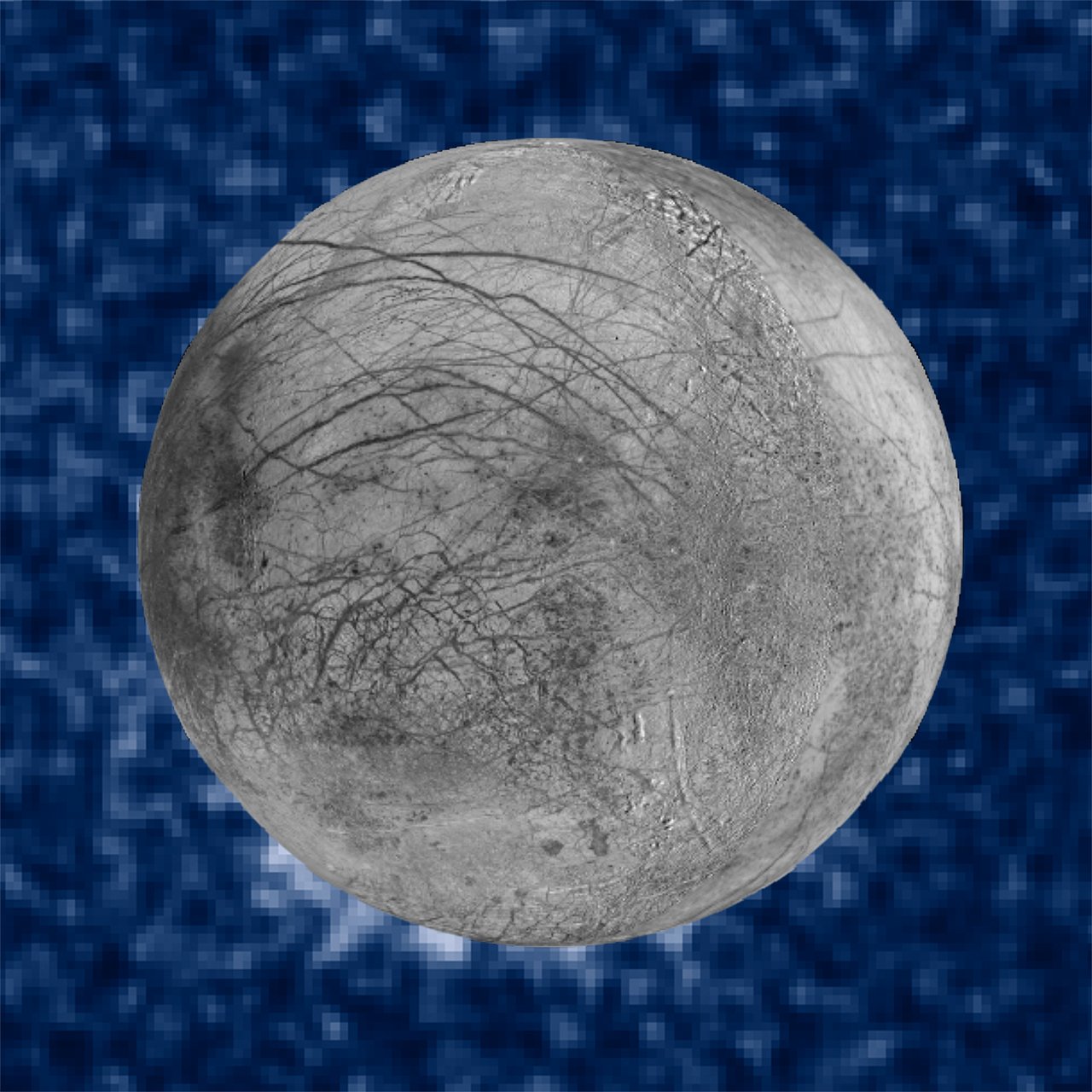