A crescent Neptune shines above its largest moon, Triton, in this artist's concept. The illustration is based on images from Voyager 2, which flew past Neptune and its moons in 1989. It found an icy landscape with regions that resemble the skin of a cantaloupe, plus geysers erupting dark plumes high into the sky. The geysers may form as sunlight warms ices below a layer of frozen nitrogen. The ices expand, then burst through the nitrogen and climb high into the sky. As their material falls back to the surface it forms long, dark streaks. Triton was discovered 175 years ago, just weeks after the discovery of Neptune. [ESO/L. Calçada]

Find out more in our radio program entitled
Triton 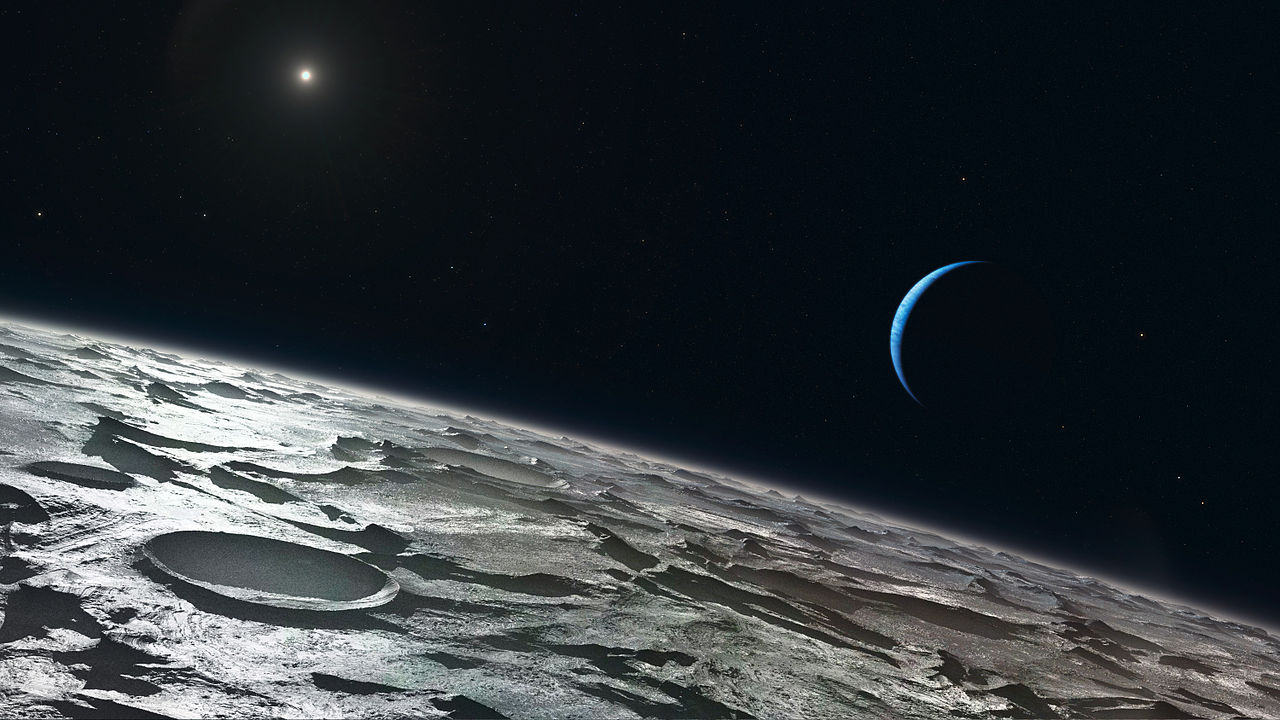