This sequence of images depicts the landing of the Huygens probe on Saturn's moon Titan on January 14, 2005. Clockwise from top: The probe parachutes to the surface of the frigid moon; an artist's concept shows the small probe on the surface; a view of the surface from an altitude of a few miles from Huygens' camera. The European probe survived on the surface for only a short time, but it provided a detailed look at the atmosphere and surface, greatly enhancing our knowledge of the little world. [NASA/ESA] 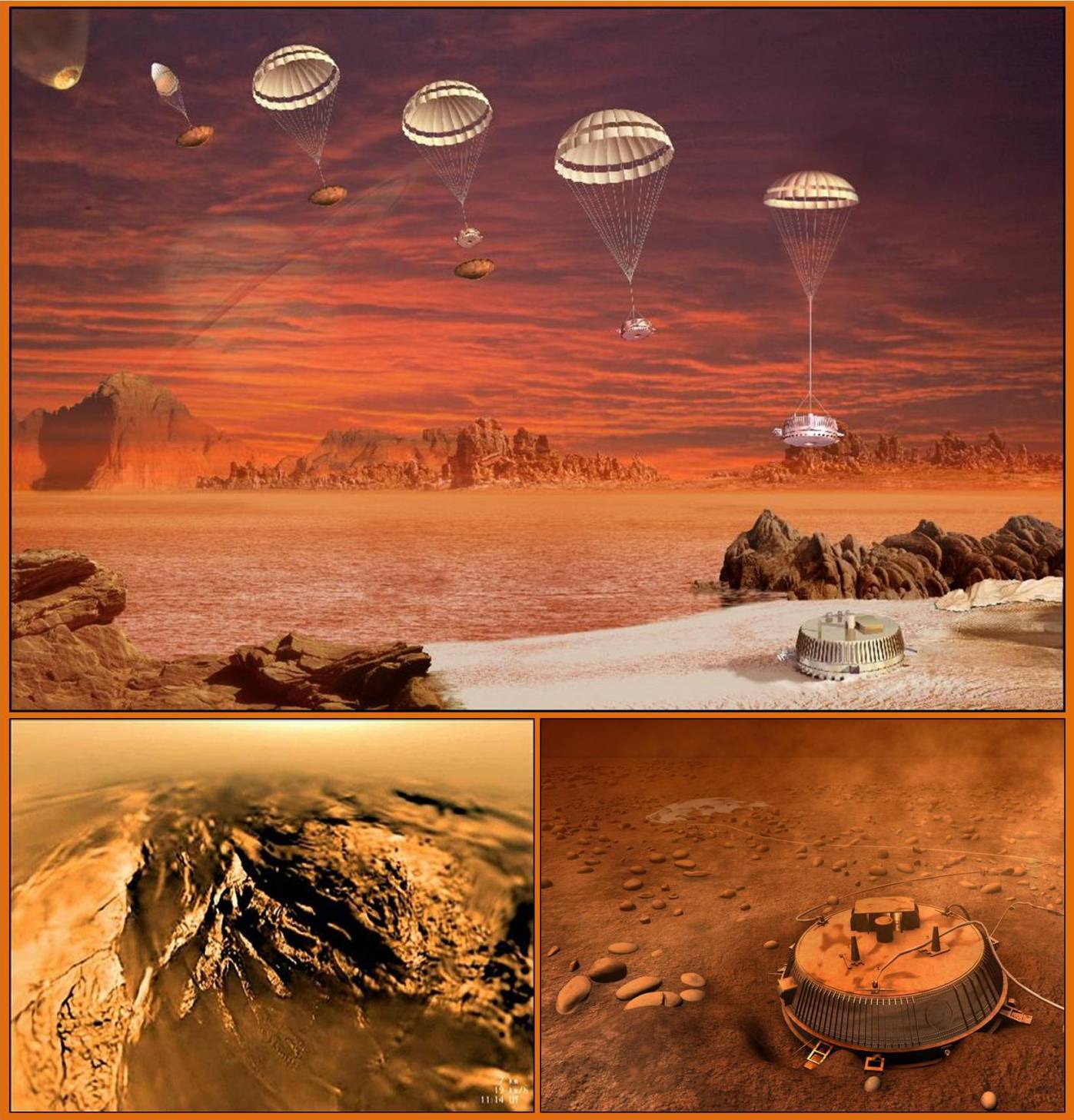