IceCube, a "telescope" at the south pole, recently detected a source of powerful cosmic rays, as depicted in this composite image. IceCube consists of thousands of light detectors buried deep in the clear ice (illustration, bottom of the image). Those detectors recently saw a neutrino passing through the ice. By tracing its path into space, and comparing that with observations made by space telescopes, scientists concluded that the neutrino came from a blazar (depicted at top right), which is a disk of hot, bright gas around a supermassive black hole in the heart of a galaxy. The same process that produces the neutrinos also produces cosmic rays, which are atomic particles that move through space at almost the speed of light. The detection was the first confirmation of the source of the most powerful cosmic rays. IceCube is one of several astronomical observatories stationed at the south pole. [IceCube/NSF]

Find out more in our radio program entitled
South-Pole Astronomy 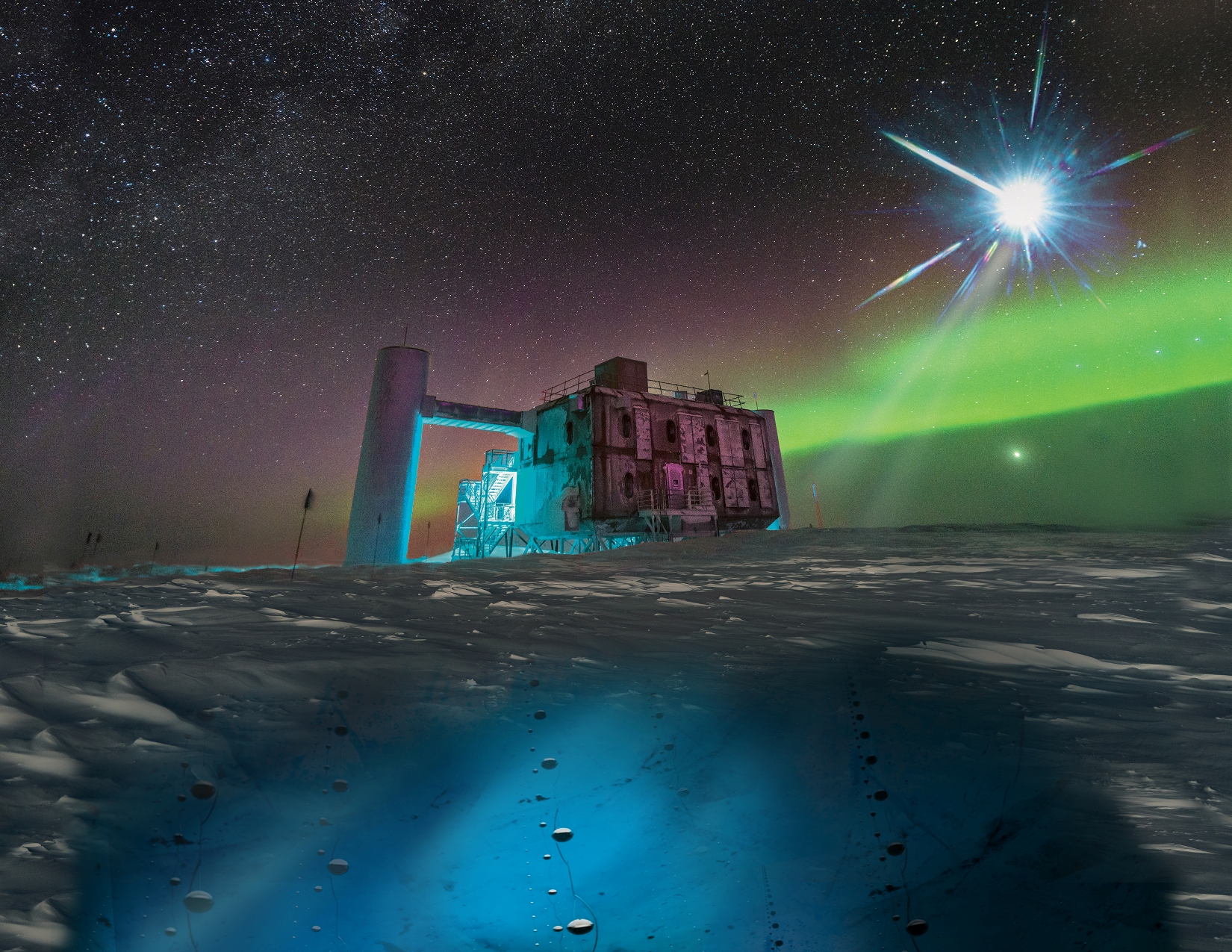