A companion star is hastening the death of a giant, producing a cloud of gas and dust that's the coldest object yet seen anywhere in the universe, according to recent research. The system, known as the Boomerang Nebula, is 5,000 light-years from Earth, in the southern constellation Centaurus. It consists of an old, bloated star known as a red giant, which is beginning to expel some of its outer layers of gas into space. As part of this process, jets of material are squirting away from the star's poles, which are shown in orange in a view from ALMA, an array of radio telescopes in Chile. A recent study says that a companion star has slammed into the giant star's outer layers, spraying material into space at very high speeds. Part of the cloud, which spans a third of a light-year, is shown in blue in a view from Hubble Space Telescope. The gas expands so rapidly as it leaves the red giant's surface that its temperature has dropped to just above absolute zero. [ALMA (ESO/NAOJ/NRAO); NASA/ESA Hubble; NRAO/AUI/NSF] 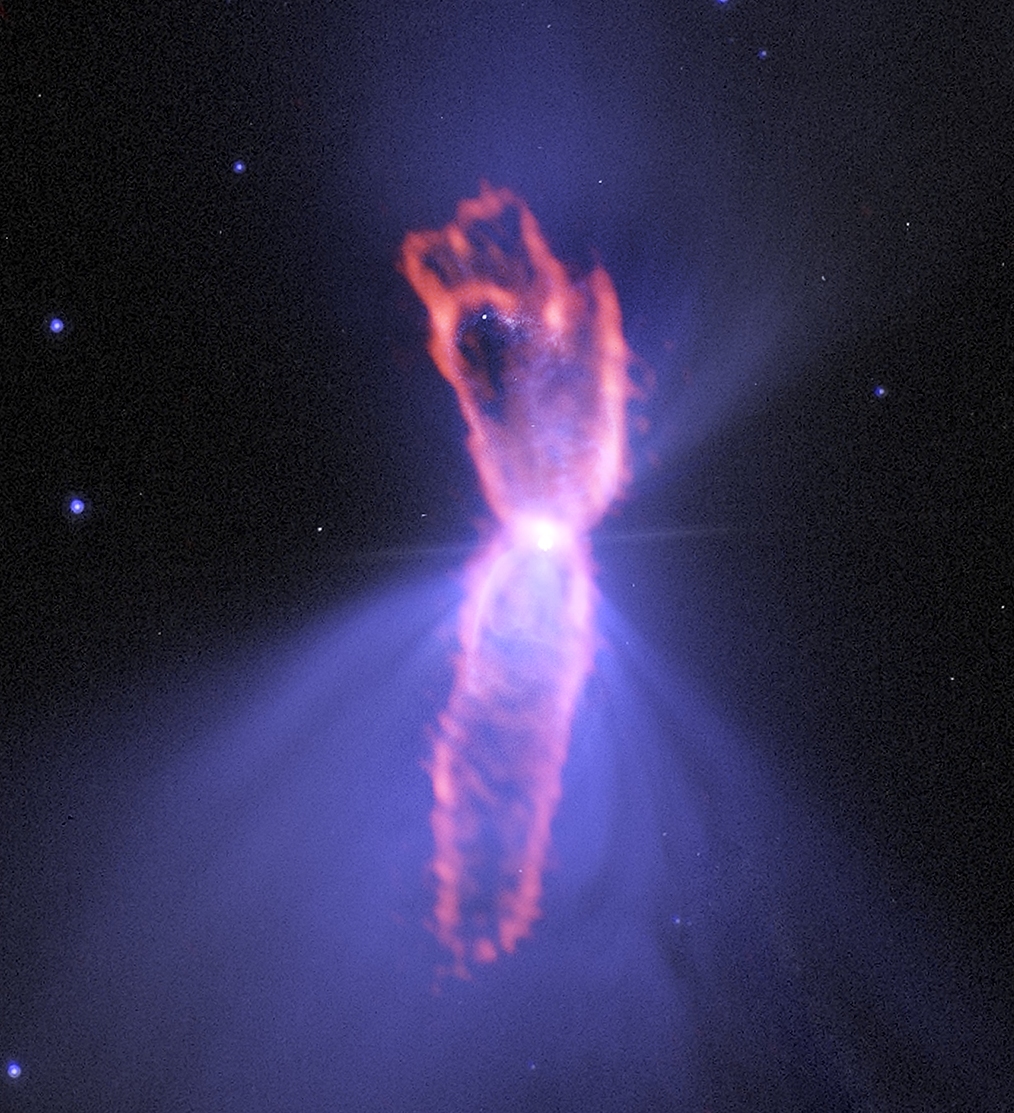 Digging into the history of the solar system