This fanciful illustration depicts the merger of a black hole (center) and a neutron star (blue blob to the upper left of the black hole). Scientists announced the discoveries of two possible such mergers on June 29, the first black hole-neutron star mergers yet seen. Both objects were discovered by gravitational-wave observatories, which detect the faint "ripples" in space and time produced in the final moments of the mergers. Both were observed in January 2020, but their detection was just revealed. In one of the systems, the black hole was about nine times the mass of the Sun while the neutron star was 1.9 times the Sun's mass. In the other, which was detected by only one of the three observatories, making its discovery less certain, the bodies were six and 1.5 times the Sun's mass. Both mergers occurred roughly one billion years ago. [Carl Knox/OzGrav-Swinburne University] 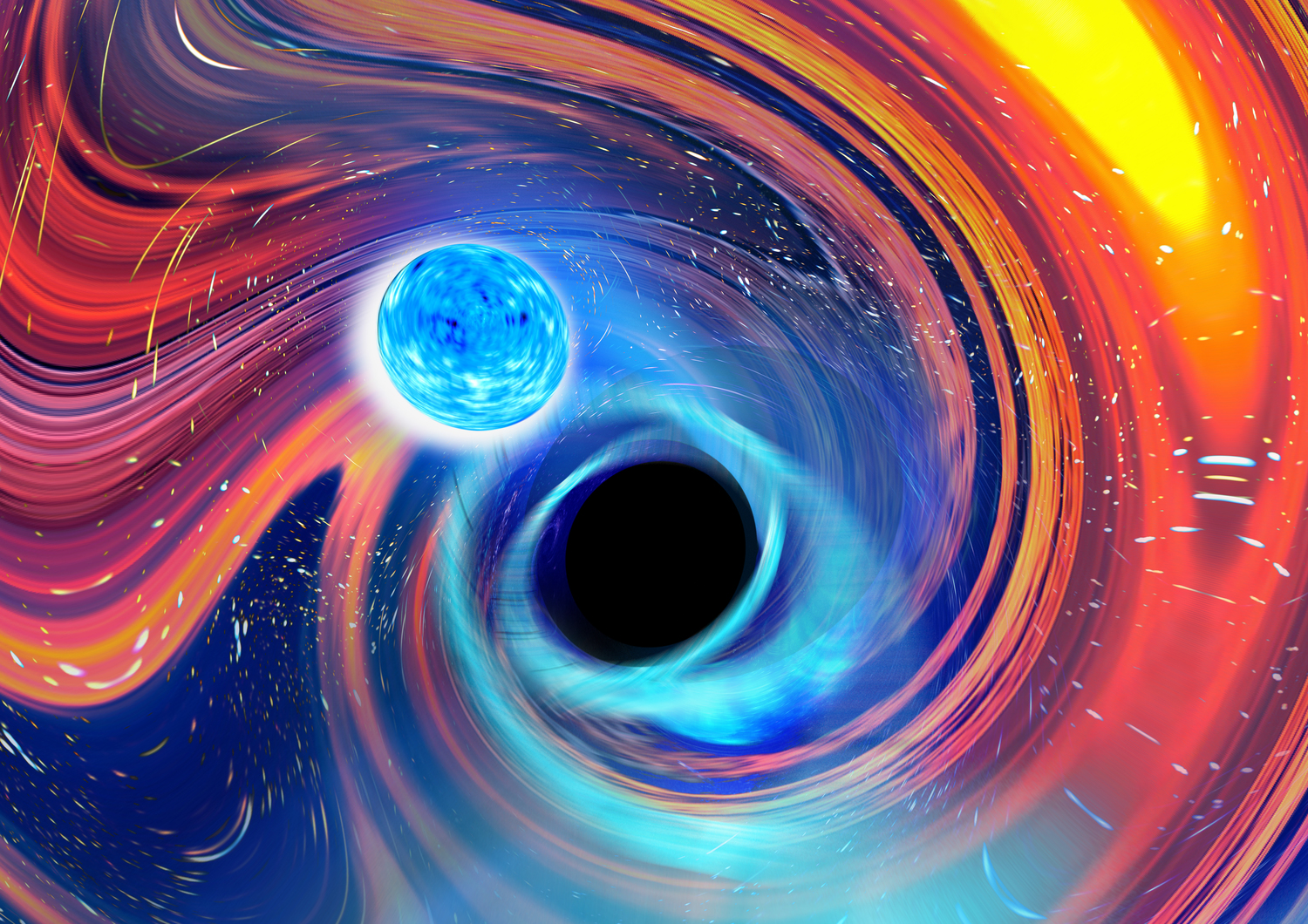