Bands of clouds on Jupiter glow yellow, orange, and brown in this recent infrared image from the Very Large Telescope in Chile. The lighter colors represent bands where the cloudtops are much lower than average, allowing us to see deeper into the giant planet's atmosphere, where temperatures are warmer. Astronomers are snapping many pictures of Jupiter to support the Juno mission, which is scheduled to enter orbit around Jupiter on July 4. The craft will probe the planet's atmosphere and interior, and snap its own pictures of Jupiter from altitudes of as low as 3,000 miles (5,000 km). This image combines hundreds of short exposures that were snapped to overcome the blurring effects of Earth's atmosphere. [ESO/L. Fletcher] 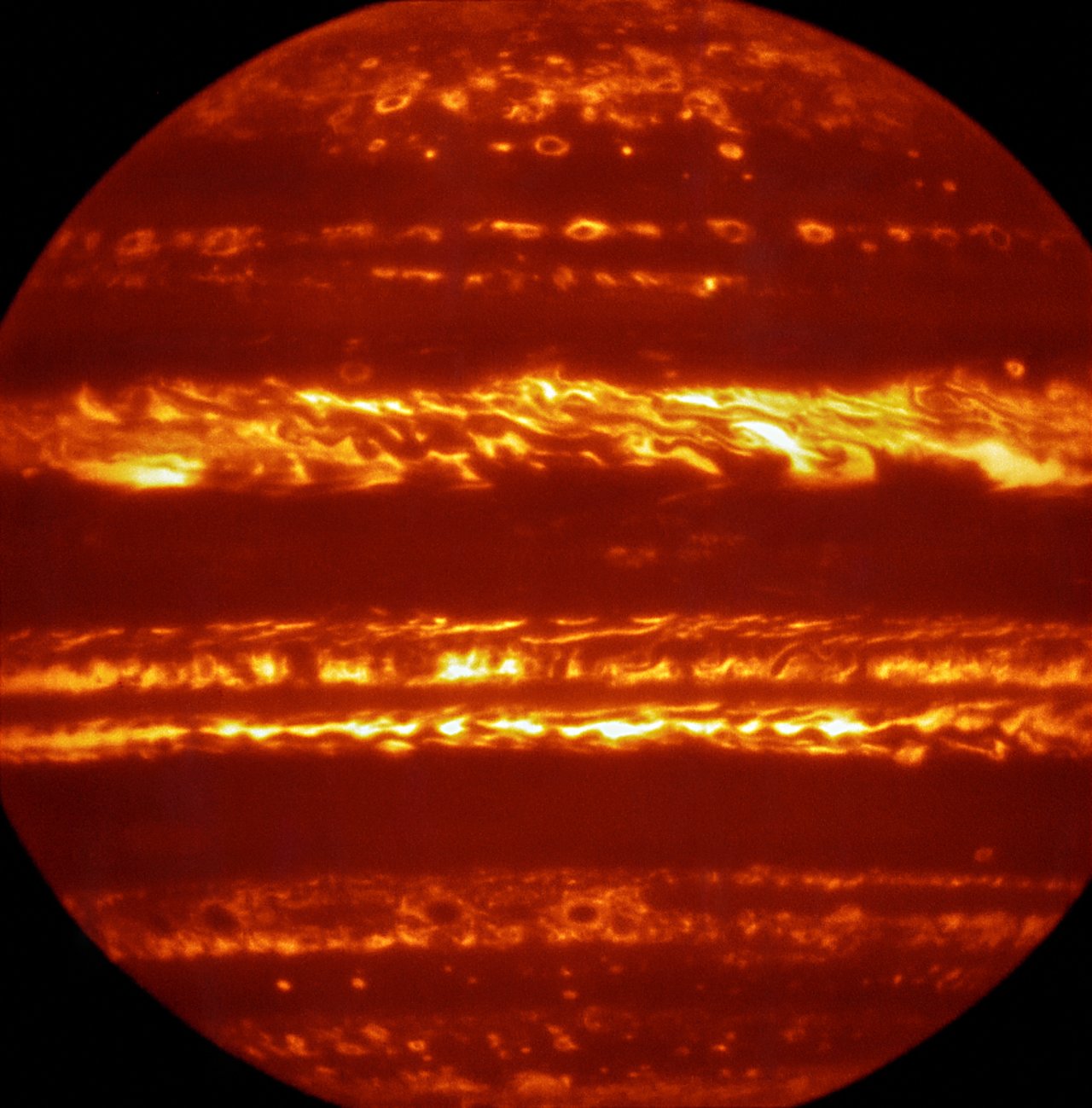