The Juno spacecraft snapped this image of Ganymede, Jupiter's largest moon, during a close approach on June 7. The image shows impact craters, fault lines, and possible "rafts" of ice that move around the moon's icy surface. Juno passed just 645 miles from Ganymede, which is he largest moon in the solar system. This is the first close image of Ganymede since the Galileo mission two decades ago. Juno is orbiting Jupiter, but its orbit is being refined to allow it to pass close to several of Jupiter's big moons. [NASA/JPL/SwRI/MSSS] 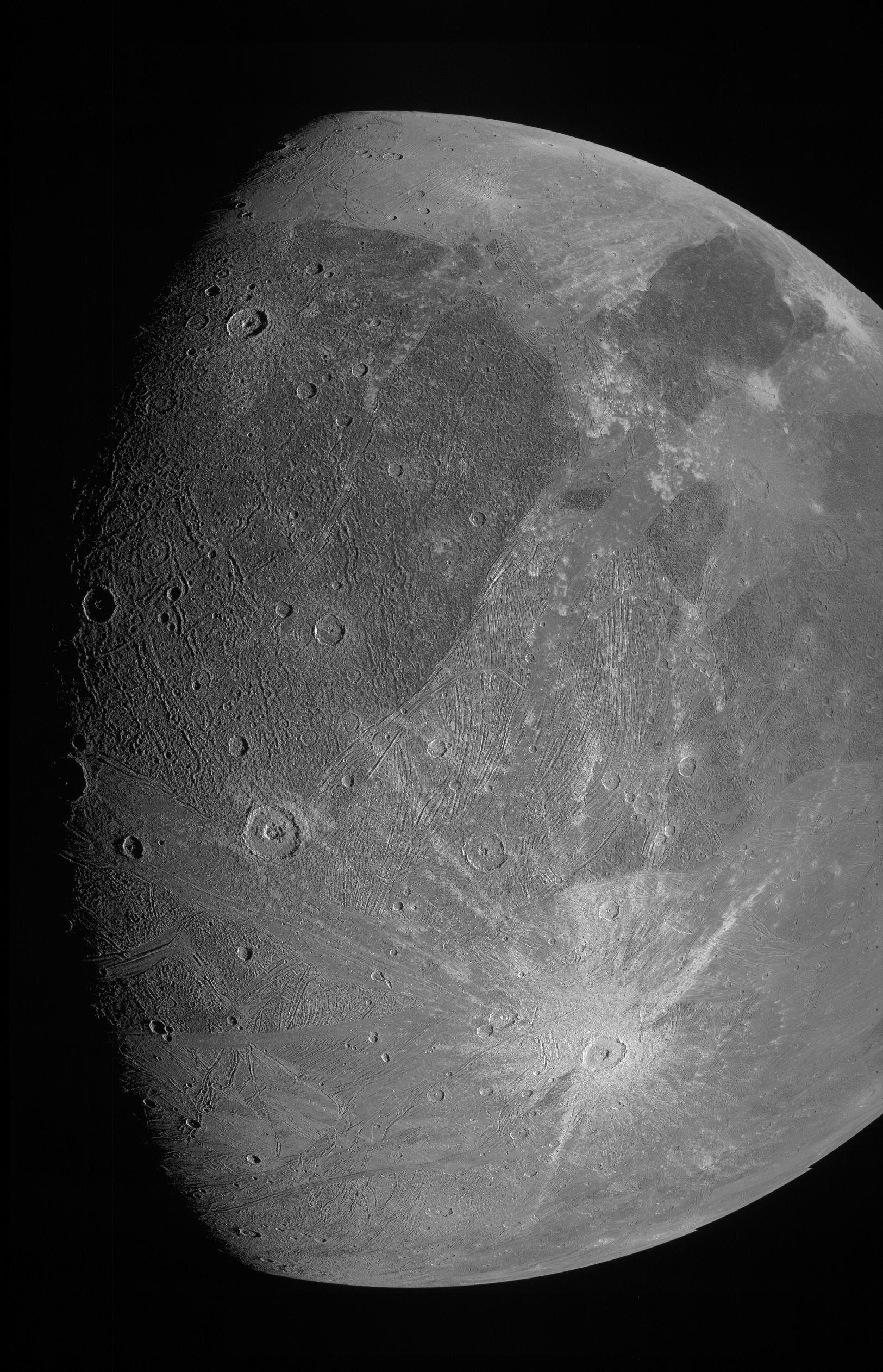