Mars puts on its best face in this Hubble Space Telescope image, snapped on May 12, when Mars was just 50 million miles from Earth. The Red Planet is putting in its best appearance of the year. It rises around sunset and looks like a brilliant orange star. The dominant feature in this image, the broad orange region at center, is Arabia Terra, a highlands area that may be among the oldest landscapes on the planet. Clouds and haze are visible across much of the planet. [NASA/ESA/Hubble Heritage Team] 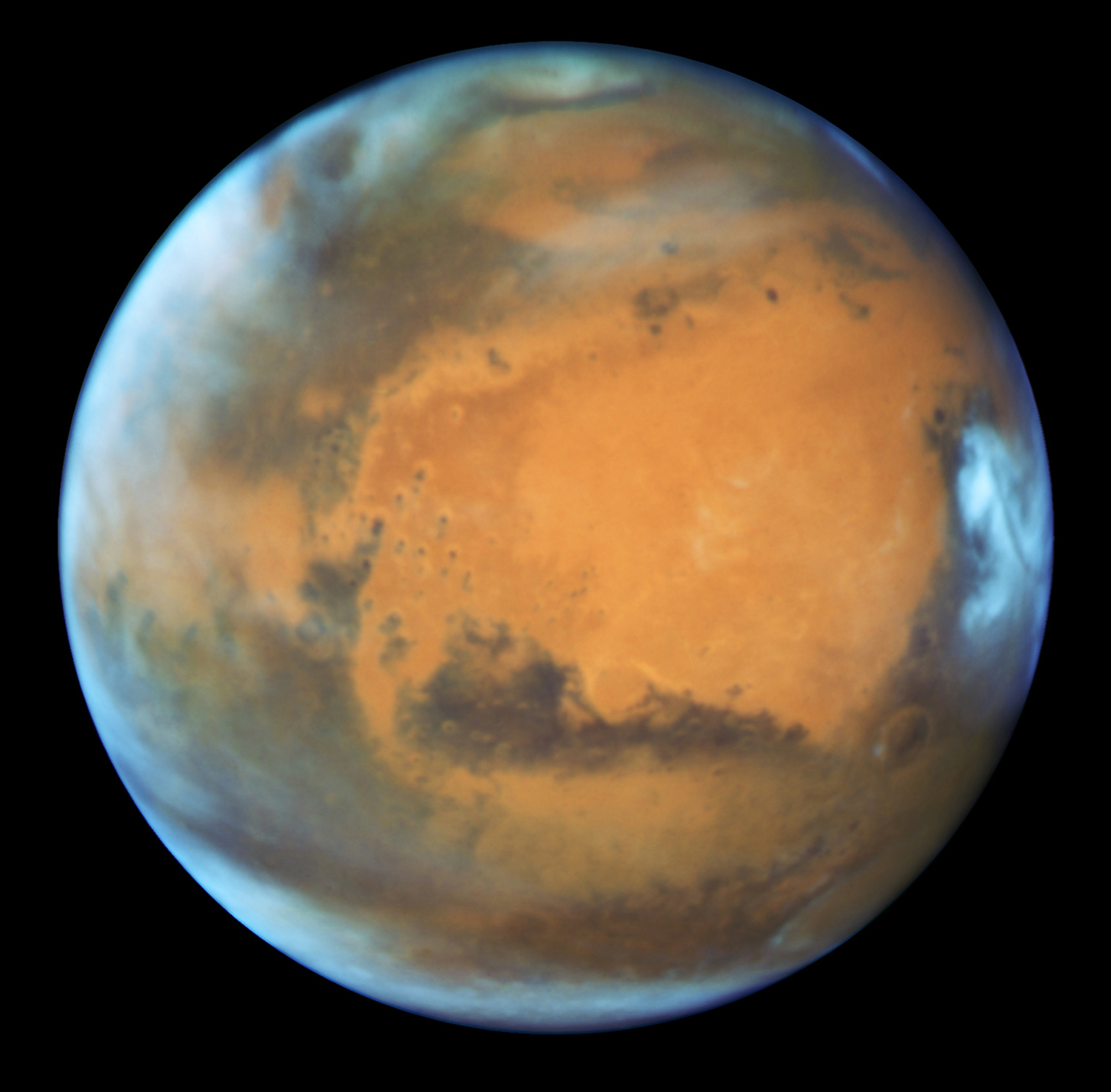