An artist's concept depicts Proxima Centauri d, the third planet discovered orbiting Proxima Centauri, our closest stellar neighbor. Early observations suggest the planet is rocky, like Earth, but only about one-quarter Earth's mass. It may be too close to the star to support life. Another planet, Proxima Centauri b, appears to reside in the star's habitable zone, where temperatures are just right for liquid water--an essential ingredient for Earth-like life--to exist at the surface. Proxima Centauri is in the background, with its two stellar companions, Alpha Centauri A and B, appearing as bright stars close by. [ESO/L. Calçada]

Find out more in our radio program entitled
Close Neighbors 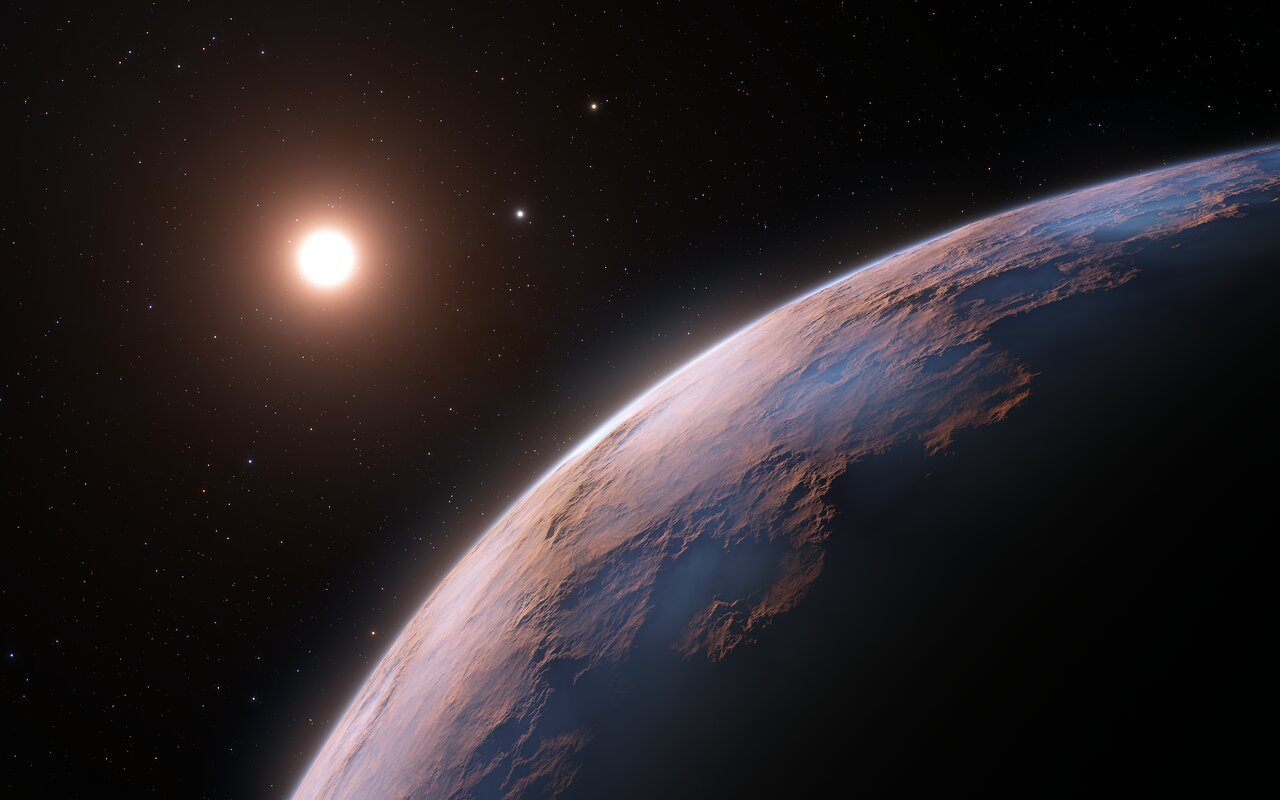