Close Look at a Close Neighbor

Hubble Space Telescope recently compiled this detailed image of M33, the Triangulum Galaxy. It is the third-largest member of the Local Group, after the Andromeda Galaxy and our home galaxy, the Milky Way. M33 is three million light-years away, and it is about 60,000 light-years in diameter, which is roughly half the diameter of the Milky Way. This image shows the galaxy's bright center and its delicate spiral arms, which are outlined by bright, young stars. Although M33 is far less massive than the Milky Way, it is giving birth to more stars. One area of starbirth is the blue blob at the top right corner, NGC 604. It contains thousands of newborn stars, the most massive of which shine bright blue, and it has enough remaining gas to give birth to tens of thousands more. [NASA/ESA] 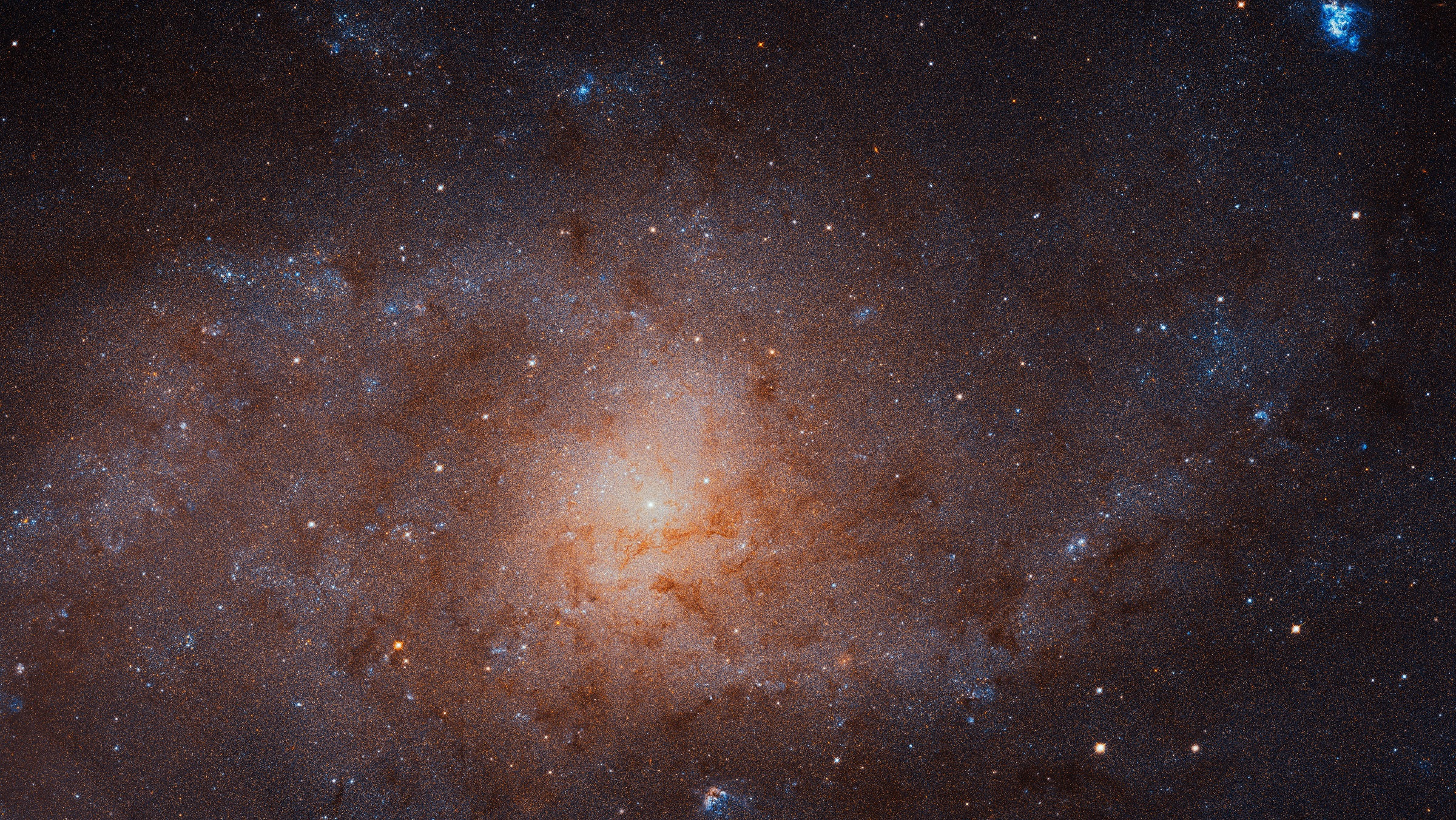