M81, the bright spiral galaxy at the center of this image, is the hub of a small cluster of galaxies, the M81 Group, centered roughly 12 million light-years from Earth. The group's other major members are M82, left of center, which we see edge-on, and NGC 3077, near bottom center. The three galaxies have passed so close to each other that they have pulled long streamers of stars out into space. The close encounters also have triggered the birth of millions of new stars in M82. [Skatebiker] 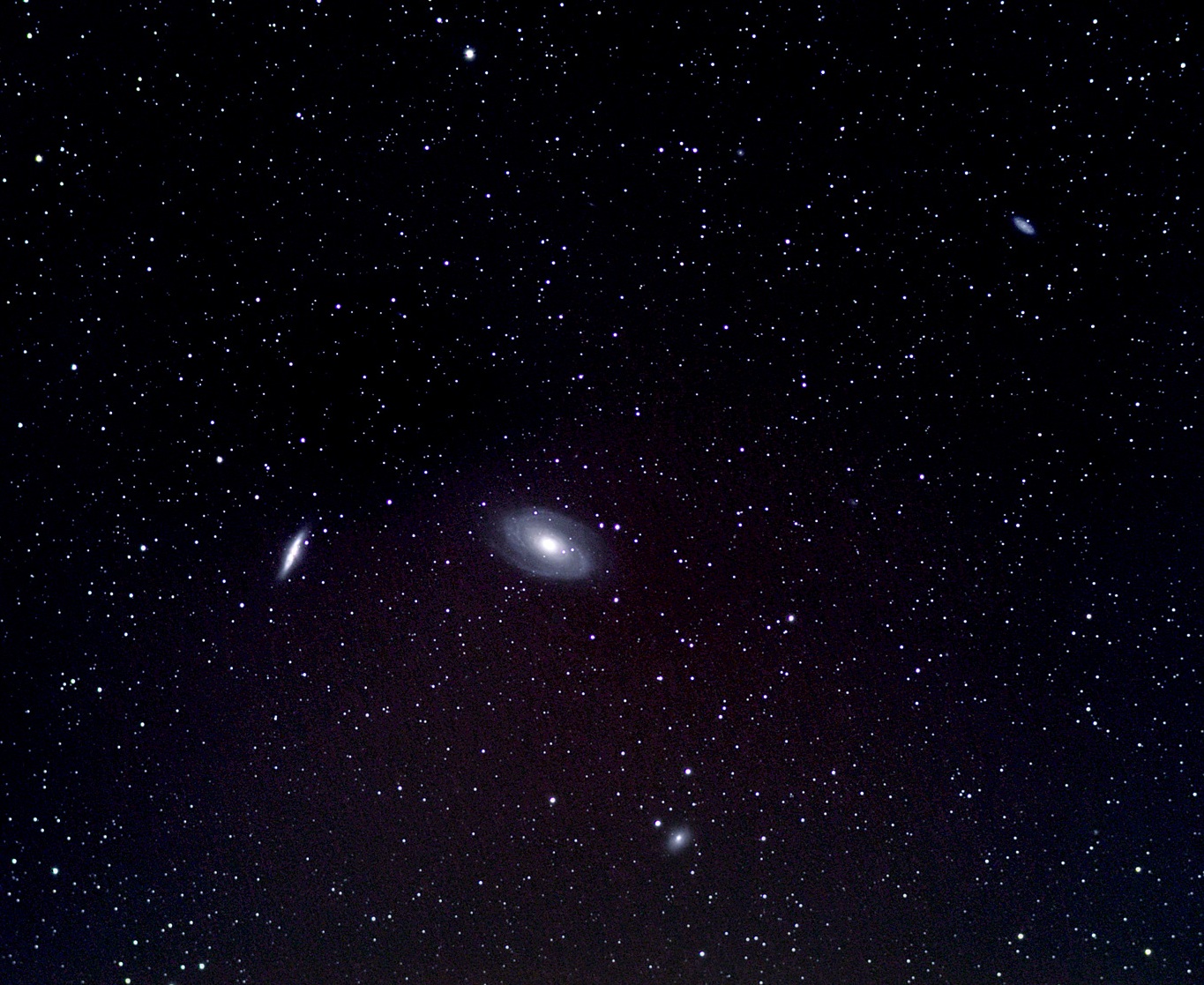