The Cassini spacecraft made by far the closest approach to the giant planet Saturn in history on April 26, plunging to within 1,000 miles of the planet's cloudtops. As it swooped in, it snapped this image of the region around the planet's south pole. The dark oval at left is a polar vortex that's bigger than Earth. Other storms whirl around the vortex, which is surrounded by hexagonal bands of clouds. This was the first of 22 scheduled close approaches to Saturn, in which Cassini will pass between the planet and the inner edge of its rings. [NASA/JPL/SSI] 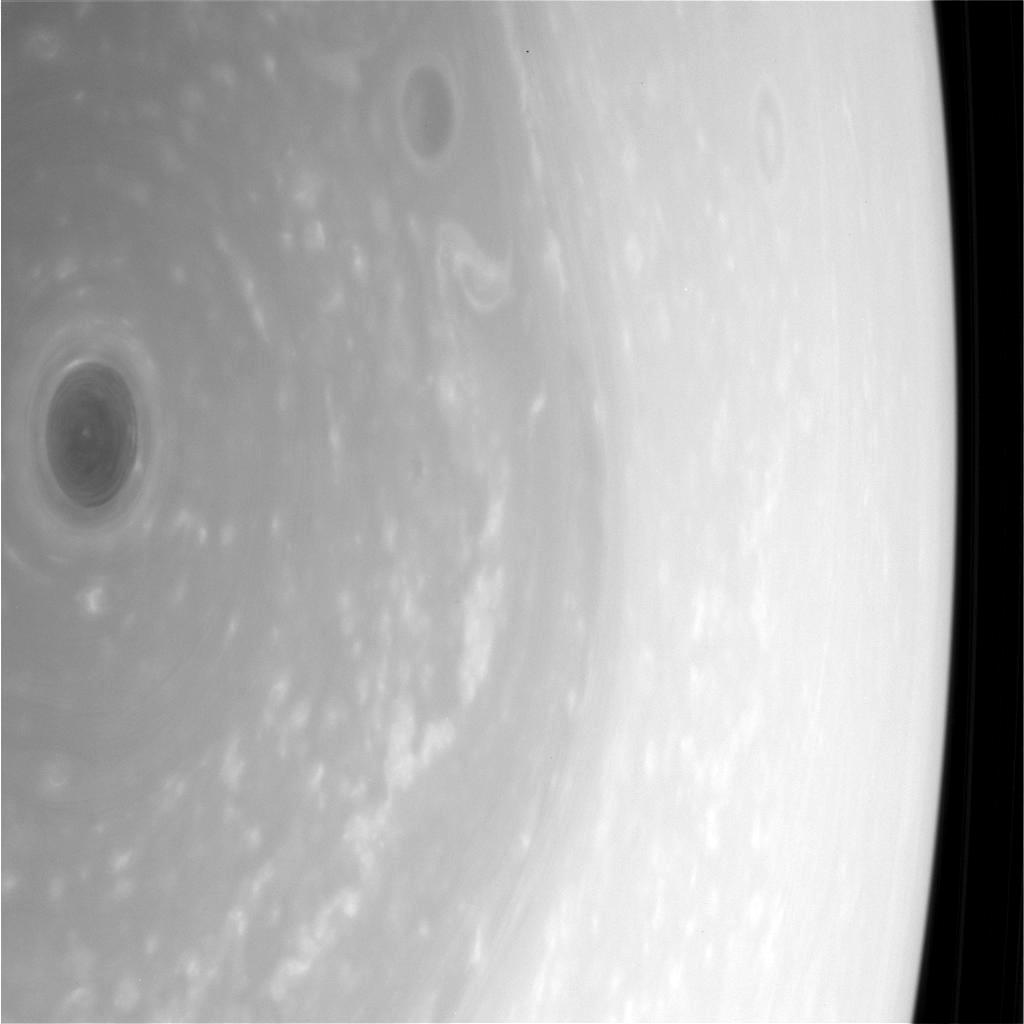