The Sun sets behind a NASA research aircraft, a WB-57F Canberra, at its base near Houston. Two of NASA's three Canberras will chase the Moon's shadow during the August 21 total solar eclipse. They will carry instruments to monitor the Sun's corona, its hot outer atmosphere. They also will study the planet Mercury, which will become visible during the eclipse, and scan the space between the Sun and Mercury for small asteroids, known as Vulcanoids. [NASA/JSC] 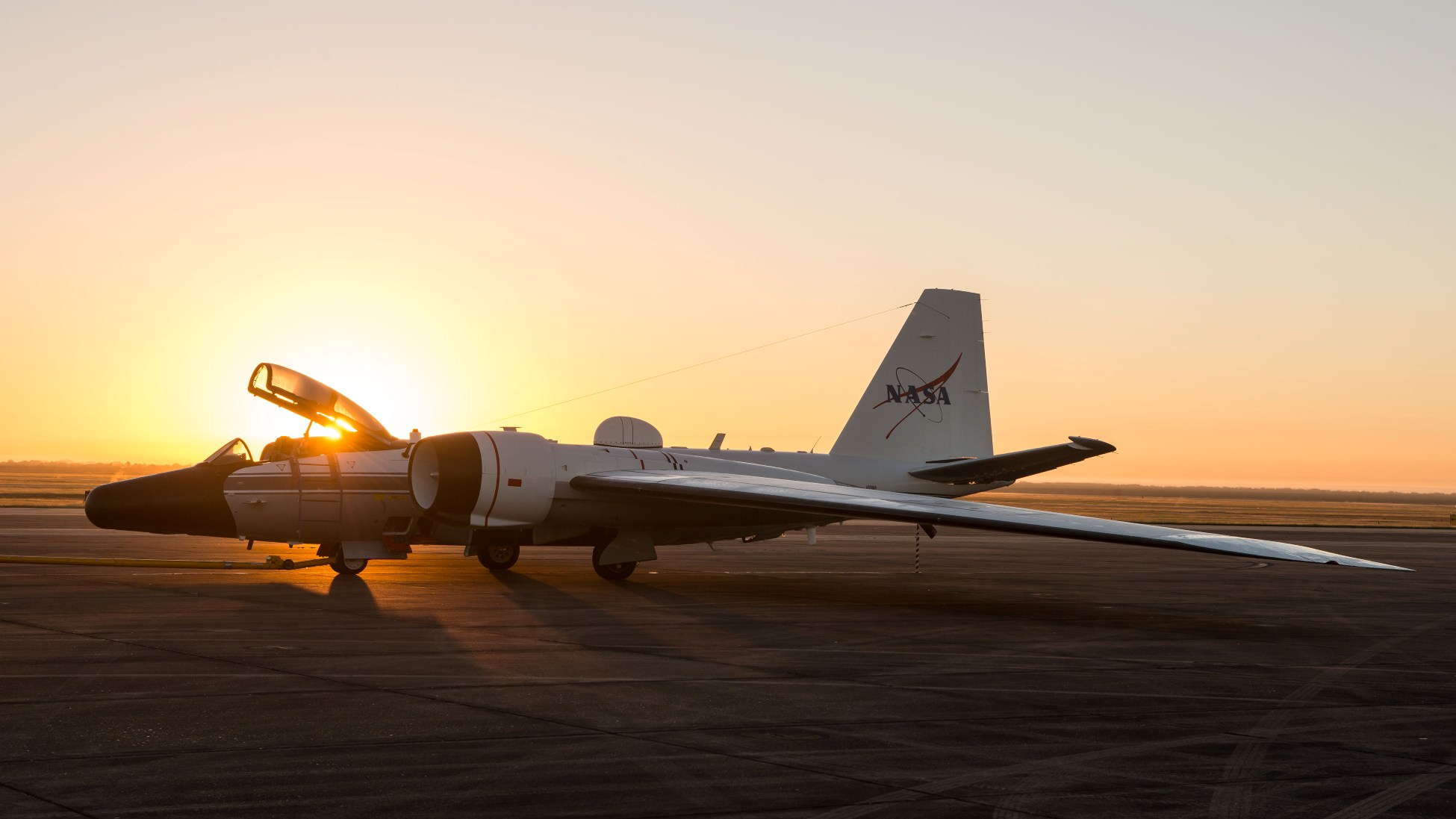