NASA's Langley Research Center celebrates its centennial this month. Construction began on its first building, near Chesapeake Bay in Virginia, in July 1917, when the center was part of the National Advisory Committee for Aeronautics, the precursor to NASA. The center has supported the Apollo missions to the Moon, the Viking missions to Mars, and other space projects. This illustration, by sixth-grade student Apoorva Panidapu of Evergreen, California, was the winning entry in the center's centennial student art contest. [NASA/LRC] 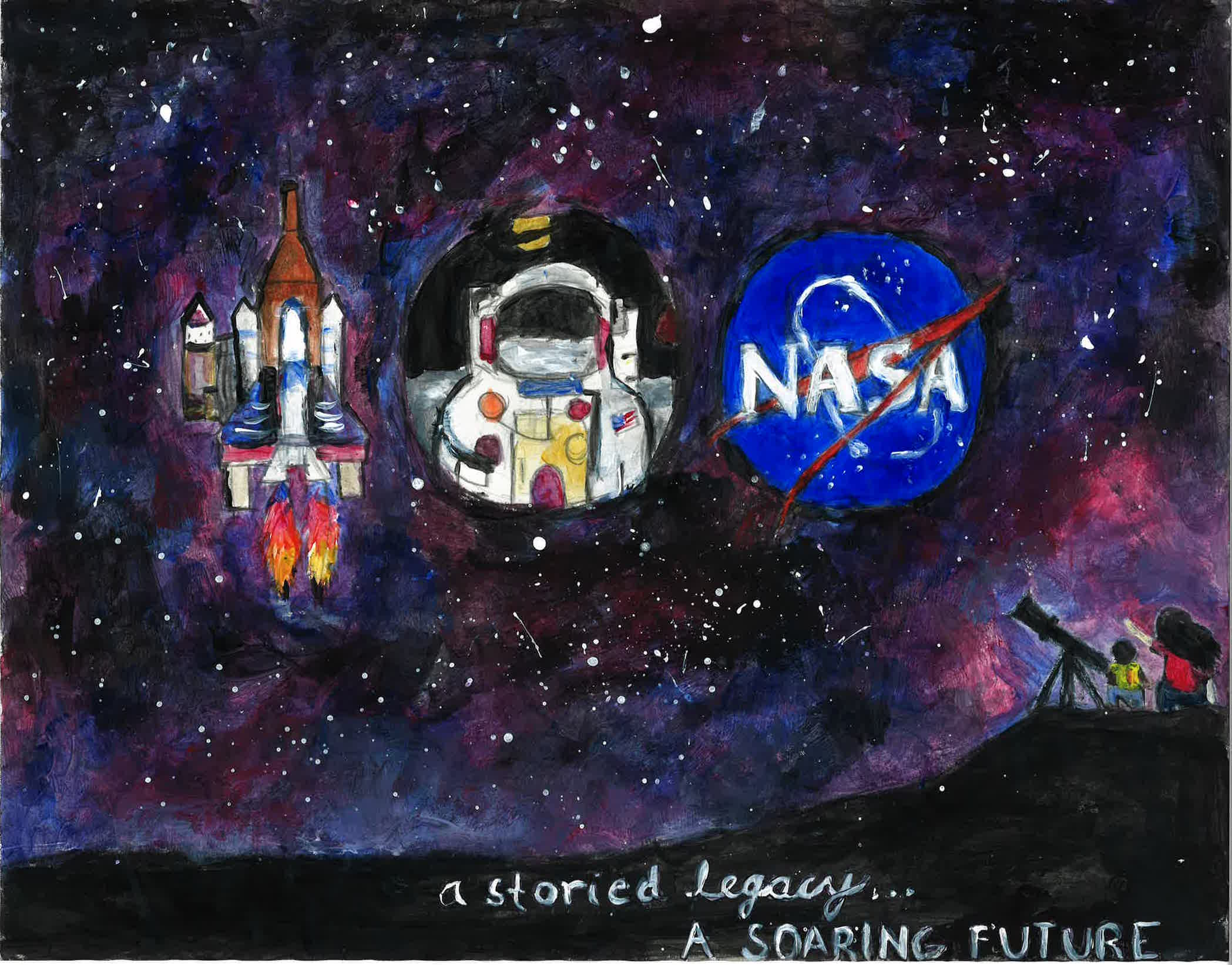 A trip to the early universe