Three views of Apollo 15, a mission that landed on the Moon 50 years ago. From left: This orbital view of the landing site shows Hadley Rille, a collapsed lava channel, twisting around the Apennine Mountains, one of the tallest ranges on the Moon; astronauts Dave Scott and Jim Irwin logged several miles in this buggy, the first lunar rover in history; an artist's concept shows astronaut Al Worden, at left, making the first deep-space walk, collecting film from cameras he operated in lunar orbit while his crewmates landed. [NASA]

Find out more in our radio program entitled
More Apollo 15 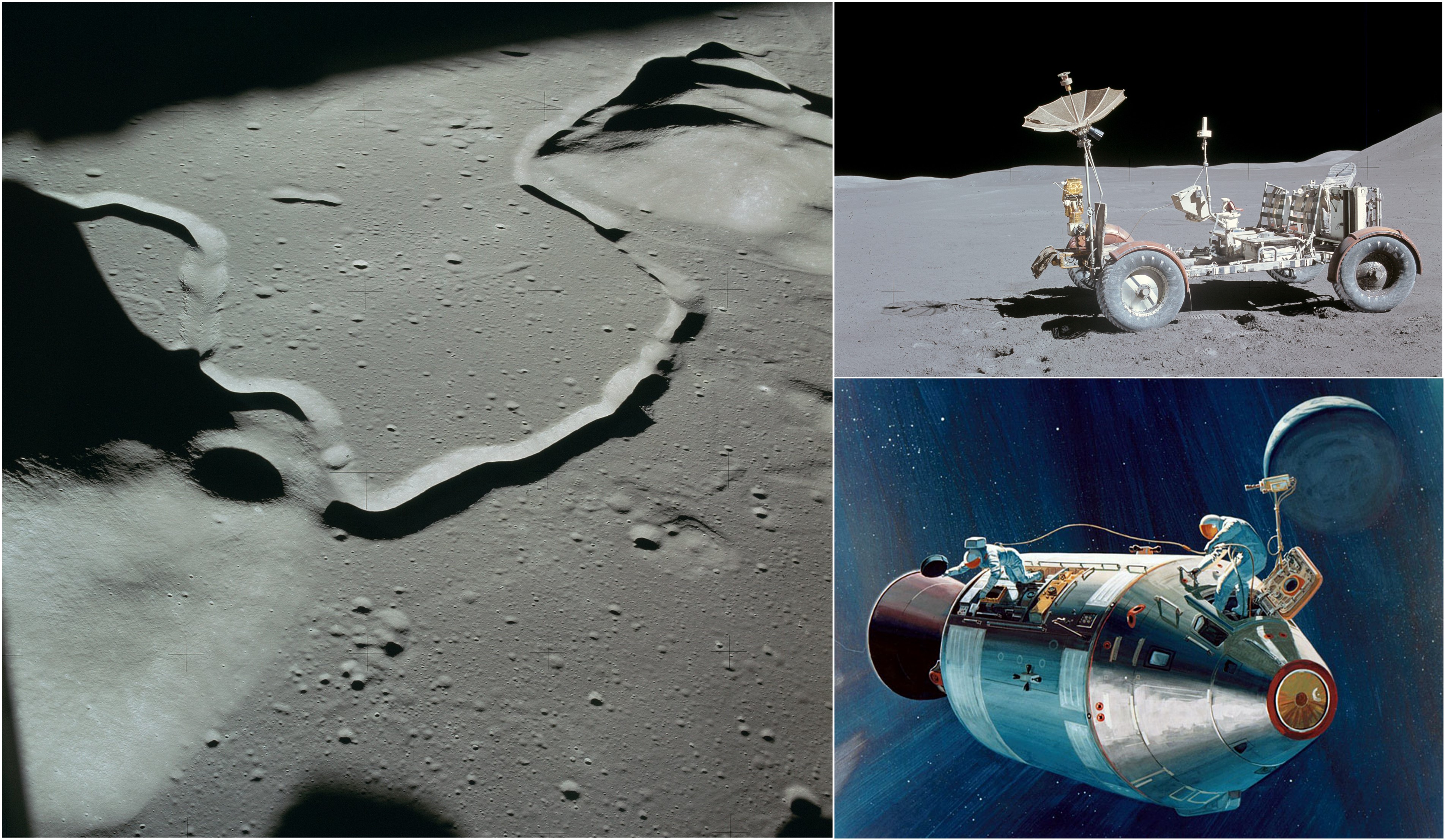