This illustration depicts a pulsar, the dead but busy corpse of a once-mighty star. When a massive star can no longer produce nuclear energy in its core, the core collapses and the outer layers blast into space as a supernova. In most cases, the collapsed core is a neutron star. It's up to about twice the mass of the Sun, but no bigger than a good-sized city. Many of these dense stellar corpses rotate rapidly, producing "pulses" of energy, so they are called pulsars. In this illustration, the pulsar is the tiny object at the center. As it rotates on its axis (shown by the green arrow at top), it generates a powerful magnetic field. The field produces twin beams of energy (blue rays) that rotate around the star's axis. If Earth happens to line up in the path of one of the beams, telescopes detect the on-again, off-again pulsations, usually as radio waves. The first pulsar was discovered in 1967. [Roy Smits/Wikimedia]

Find out more in our radio program entitled
Pulsars 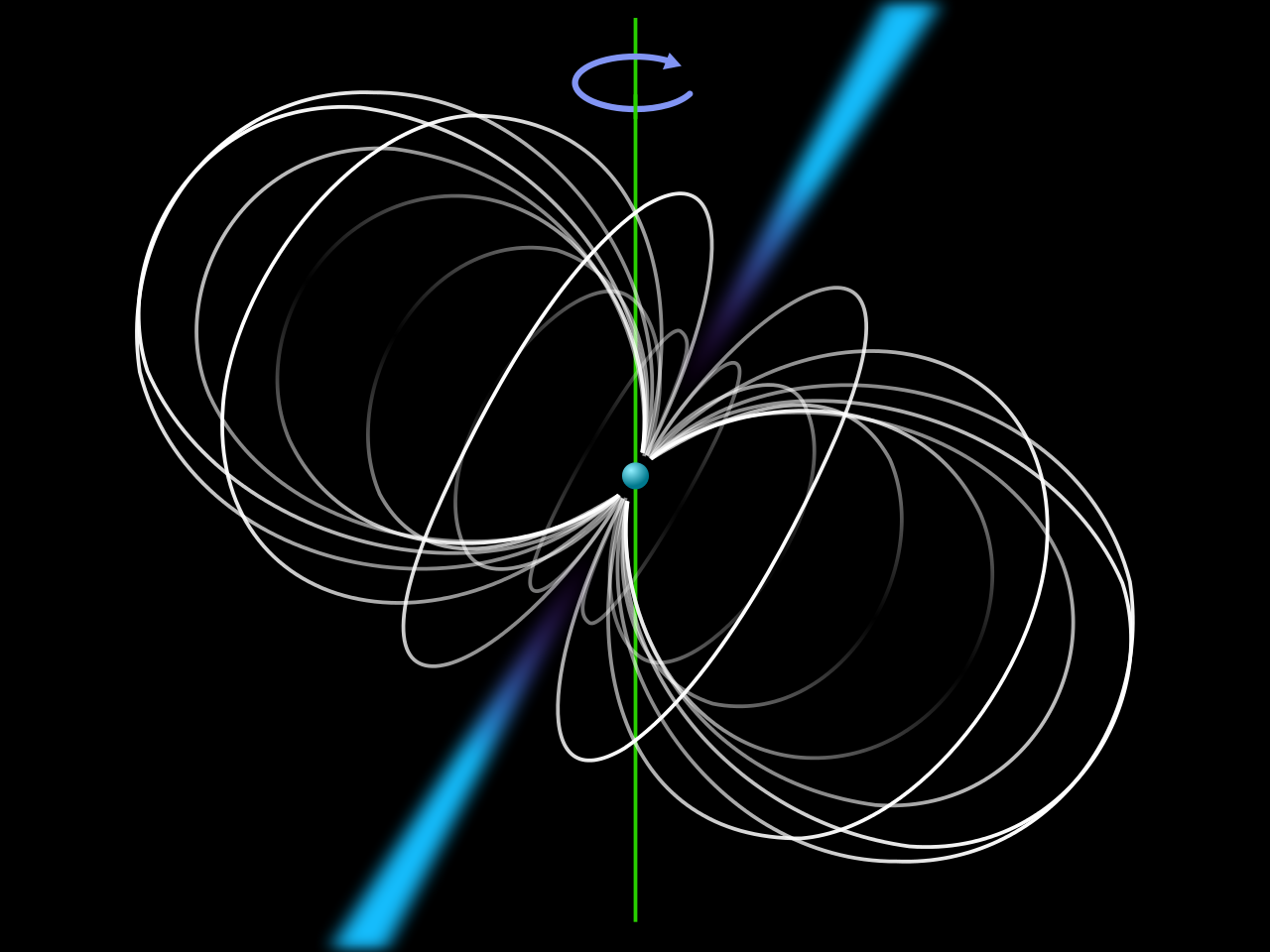