Gas streams away from an infant star in this recent view from ALMA, an array of radio telescopes in Chile. The still-forming star is at the center of the image, with two types of streams flowing away from it. A pair of high-speed jets is shown in blue, with slower material depicted in orange. The fact that the two structures aren't aligned suggests that they formed independently of each other, according to researchers. [ALMA (ESO/NAOJ/NRAO)/Matsushita et al.] 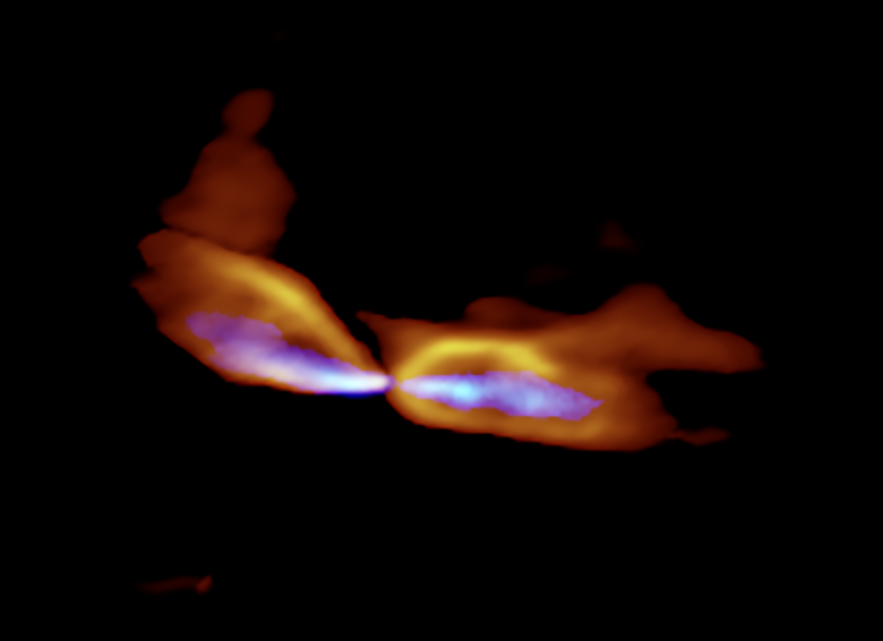