A Burst of Stars

A burst of stars forms Messier 79, a globular cluster in Lepus, the hare. The cluster, which is about 42,000 light-years away, contains roughly 150,000 stars packed into a ball a bit more than 100 light-years across. The cluster may have been captured by the Milky Way from a smaller galaxy, or it might be the remaining core of another galaxy. The bright orange stars in the image are red giants, which are old, bloated stars at the ends of their live. [NASA/ESA/S. Djorgovski (Caltech)/F. Ferraro (University of Bologna)]

Find out more in our radio program entitled
Confusing Cluster 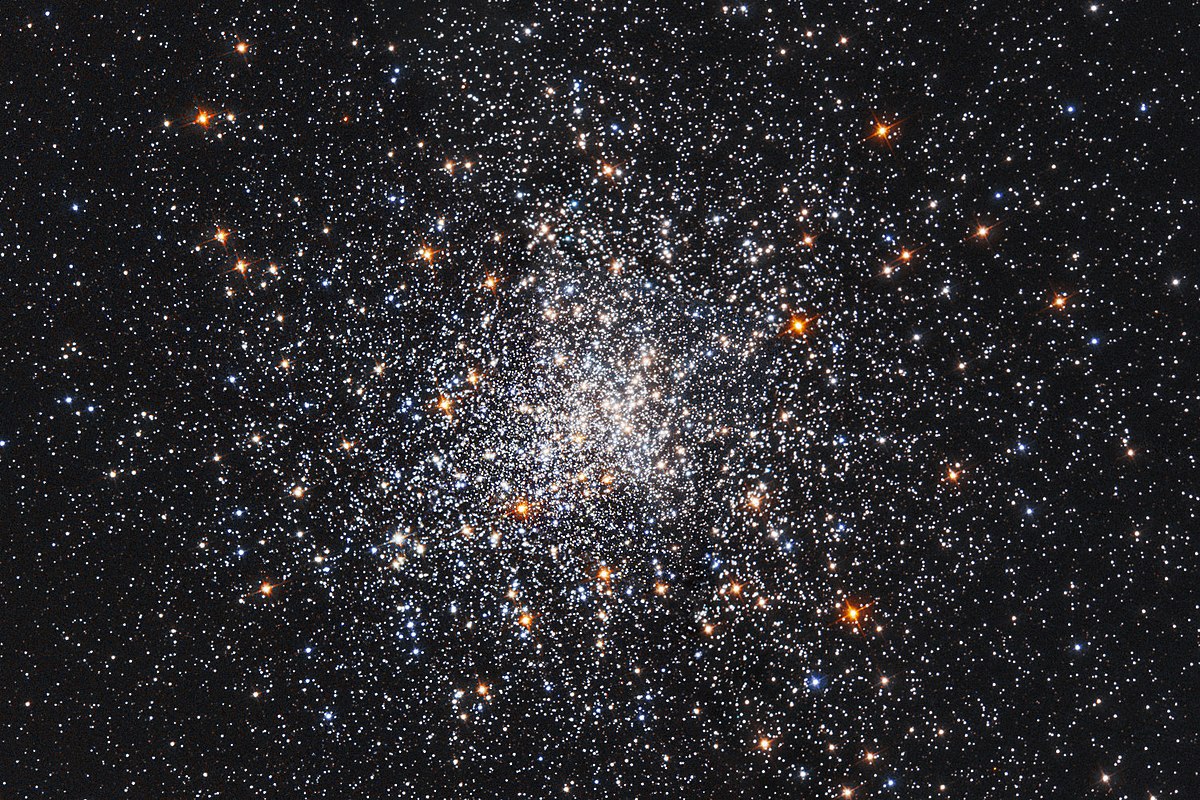