This microscopic image of a meteorite from Mars shows tube-like structures. In 1996, NASA scientists announced that these structures could have been formed by microscopic organisms. It was one of several pieces of evidence that led them to conclude that the rock held evidence of ancient Martian life. Many other scientists have since refuted much of the study's evidence, concluding the rock was bereft of life. Some of the study team's original members stand by their original conclusions. [NASA]

Find out more in our radio program entitled
ALH 84001 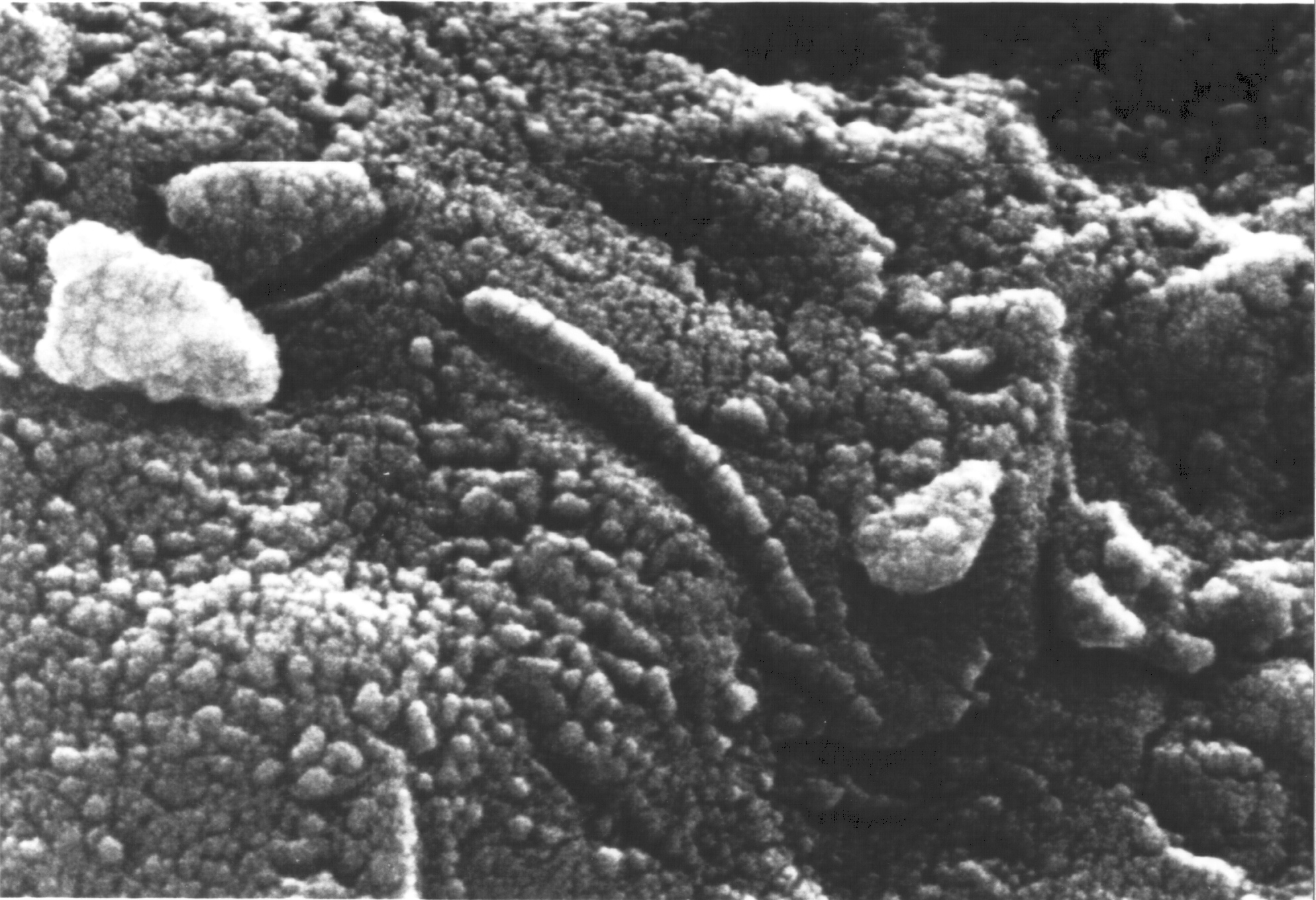