The birth of most of the young stars near the Sun may have been triggered by an expending bubble of gas known as the Local Bubble. This diagram shows the bubble's contours, with several stellar nurseries identified along its rim and the Sun near its center. The bubble formed about 14 million years ago when a massive star exploded as a supernova. A shockwave from the blast, along with those from several other supernovas, began clearing a great cavity in the surrounding gas. That compressed clouds of gas and dust, causing them to collapse and give birth to new stars. [Leah Hustak/STScI]

Find out more in our radio program entitled
Bubbly Surroundings 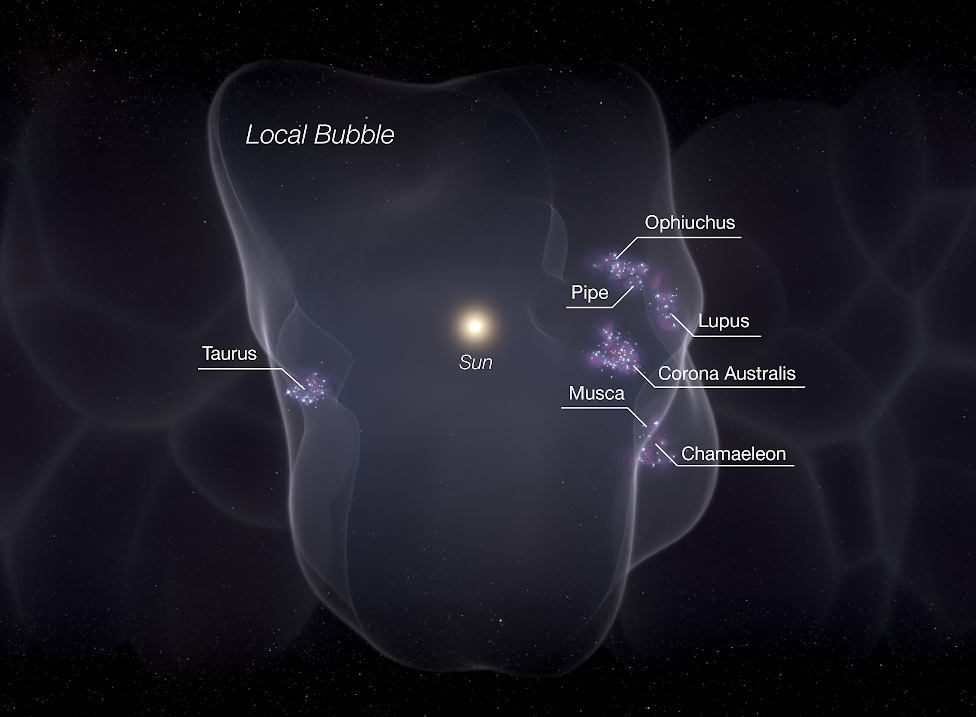