This composite image shows the remains of Supernova 1987A, an exploding star that was first observed in February 1987. The star resided in the Large Magellanic Cloud, a galaxy that's about 165,000 light-years away. Red shows new dust grains forming near the dead star, while blue and green show where the shock wave from the explosion is ramming into a ring of gas around the star. The star expelled the ring long before the explosion. It is clumpy, so many brighter knots of material are embedded within it. This view was compiled in 2014. Astronomers continue to study the supernova, which was the closest and brightest in almost four centuries. [ALMA (ESO/NAOJ/NRAO)/A. Angelich; NASA/ESA; NASA/CXRO]

Find out more in our radio program entitled
Supernova 1987A 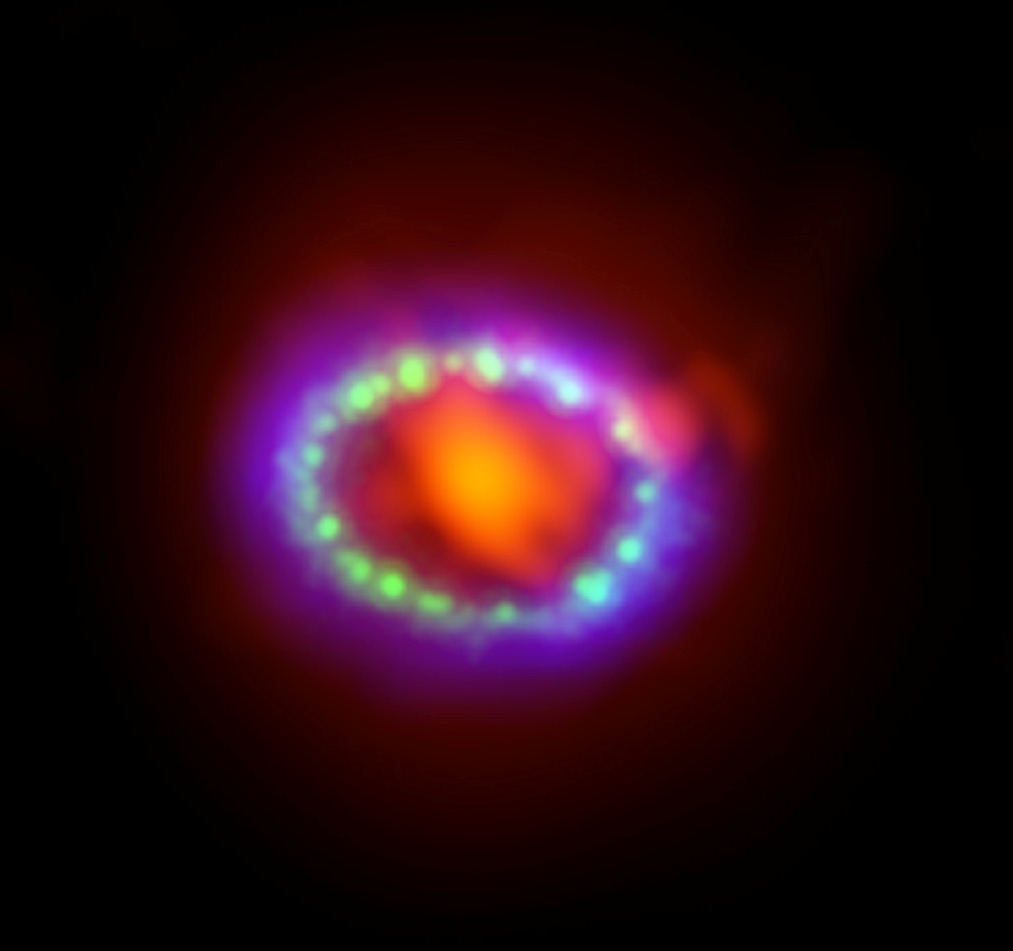 Sending a message to the stars