The full Moon shines brightly behind the Wisconsin state capitol in this September 2015 view. It was a "supermoon," which has become a popular term over the last couple of years for a full Moon that is closer to Earth than average, making the Moon appear a tiny bit larger than normal. The full Moon of November 14 is a supermoon as well. According to the U.S. Naval Observatory, it will be 356,520 kilometers (221,399 miles) from Earth at the moment of full Moon, 7:52 a.m. CST  (it rises around sunset on the night of November 13). That is roughly 17,000 miles closer than the average Earth-Moon distance. The Moon actually will be closest to Earth at 5:15 a.m., which will mark its closest approach since 1948. The Moon will shine a bit brighter than average, but most skywatchers won't be able to tell much of a difference in its size. [Jeff Miller/UW-Madison] 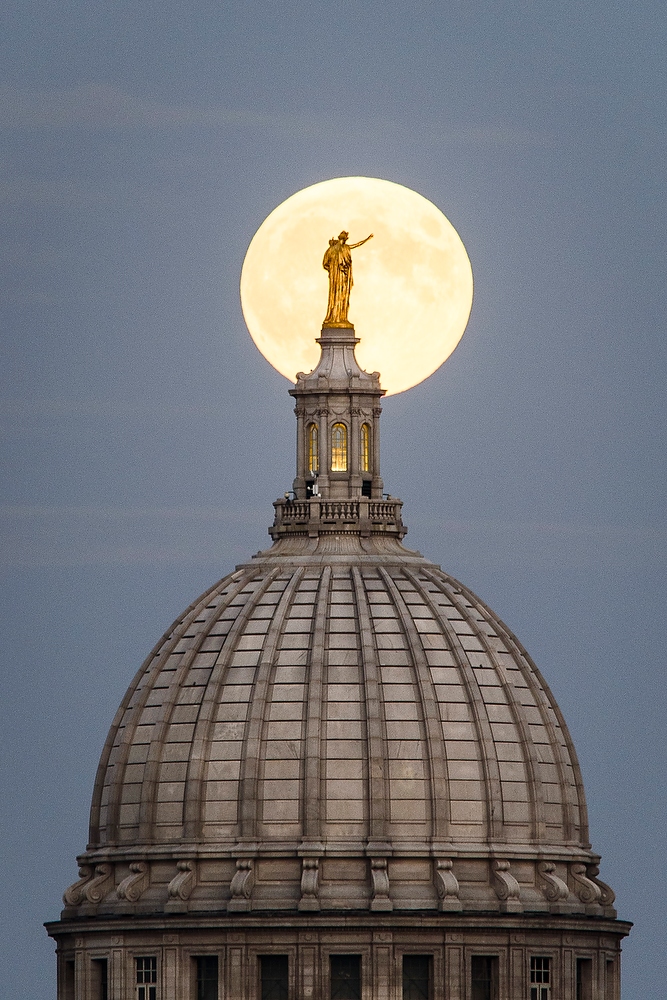