The Leonid meteor shower is at its best in mid-November, in the hours between midnight and dawn. If meteor watchers are very lucky, the shower might produce a brilliant fireball like this one, which streaked above the Netherlands and Belgium in September. The meteor probably was spawned by a space rock no more than a few inches in diameter, which is far larger than the bits of material that produce most Leonids. An automated camera caught the meteor. The camera "blinked" 14 times per second, producing a blobby streak. By counting the number of gaps in the meteor streak, astronomers can determine the meteor's speed and how long it was visible. [K. Miskotte/Dutch Meteor Society] 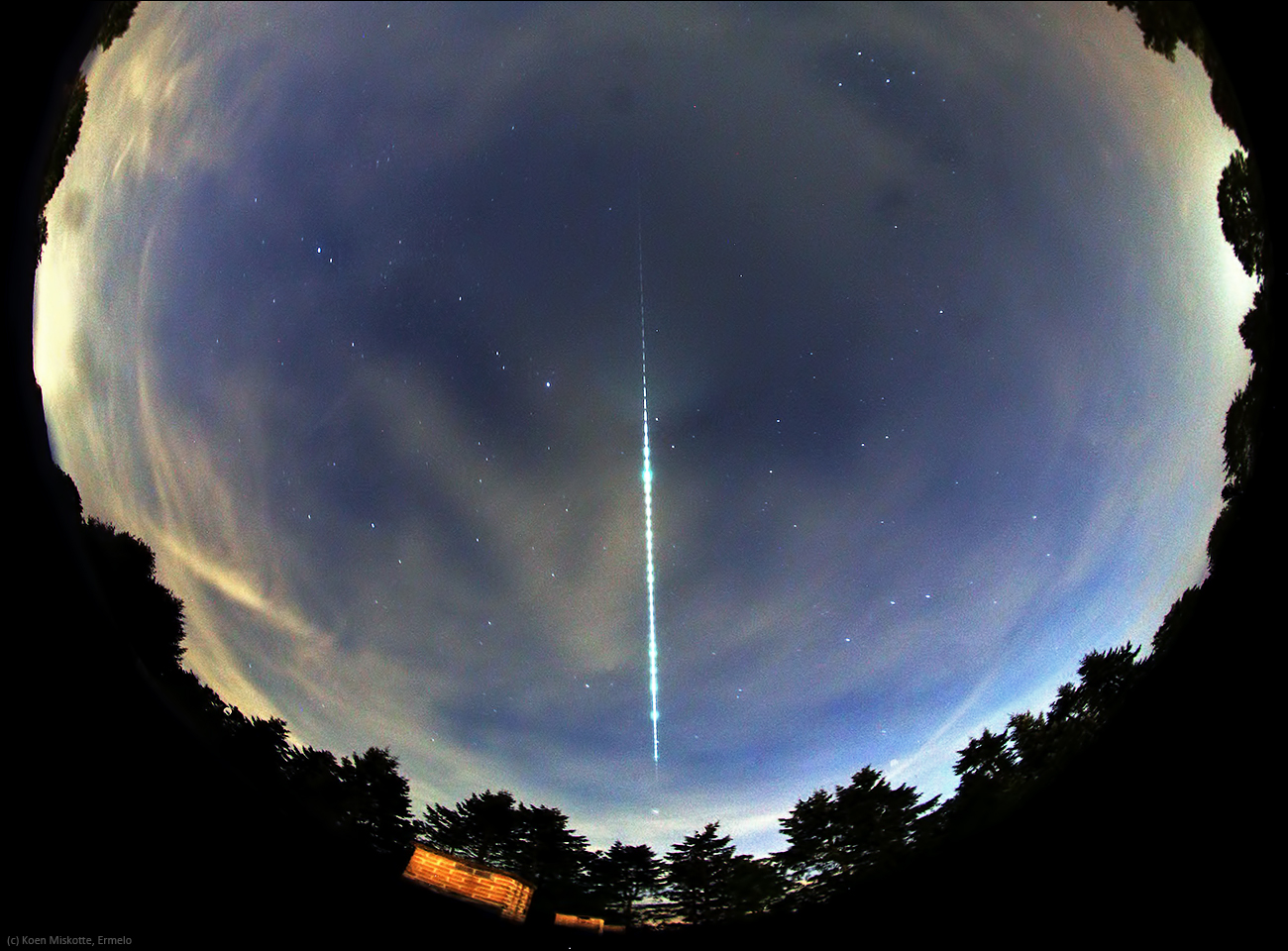