A massive cloud of gas in a nearby galaxy glows brightly in this recent Hubble Space Telescope image. Known as NGC 248, the nebula is about 200,000 light-years away in the Small Magellanic Cloud, a companion galaxy to the Milky Way. The nebula, which actually consists of two separate interstellar clouds, is about 60 light-years long and 20 light-years wide. Hot, bright stars near the center of the complex produce copious amounts of ultraviolet energy, which knock electrons off hydrogen atoms in the nebula. When the electrons combine with other atoms, the atoms emit red light, causing the nebula to glow. [NAS/ES/STScI/K. Sandstrom (UCSD)/SMIDGE team] 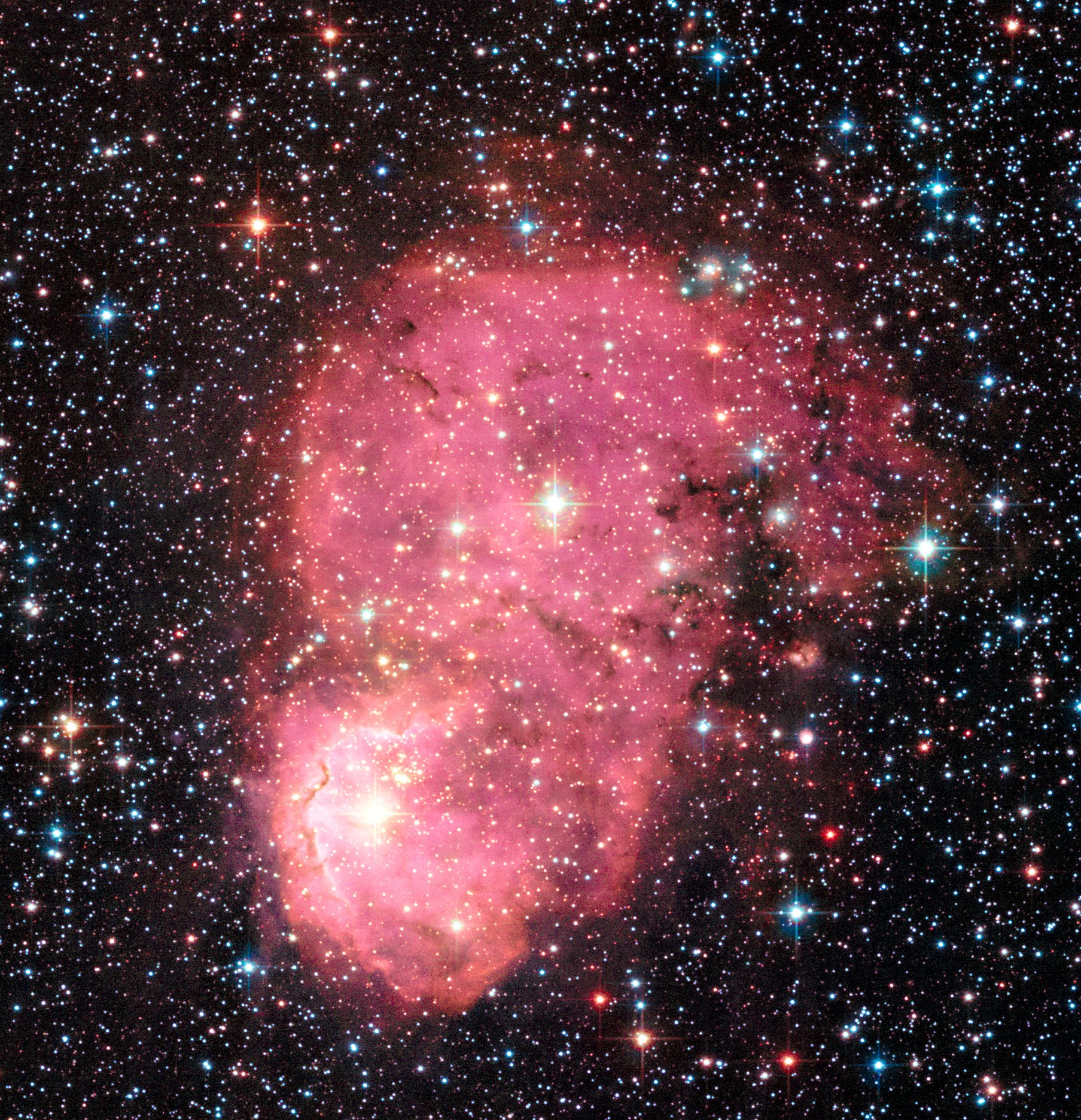