The star EK Draconis "breathes fire" in this artist's concept. In April 2020, EK Draconis produced the biggest eruption yet seen from a Sun-like star. It began with a spectacular burst of radiation, followed by an eruption of charged particles 10 times more massive than anything ever seen from the Sun. The illustration shows two possible planets near the star, along with giant clusters of the dark magnetic storms known as starspots on its surface. EK Draconis is much younger than the Sun, which may be the key to its energetic outburst. [NAOJ]

Find out more in our radio program entitled
EK Draconis 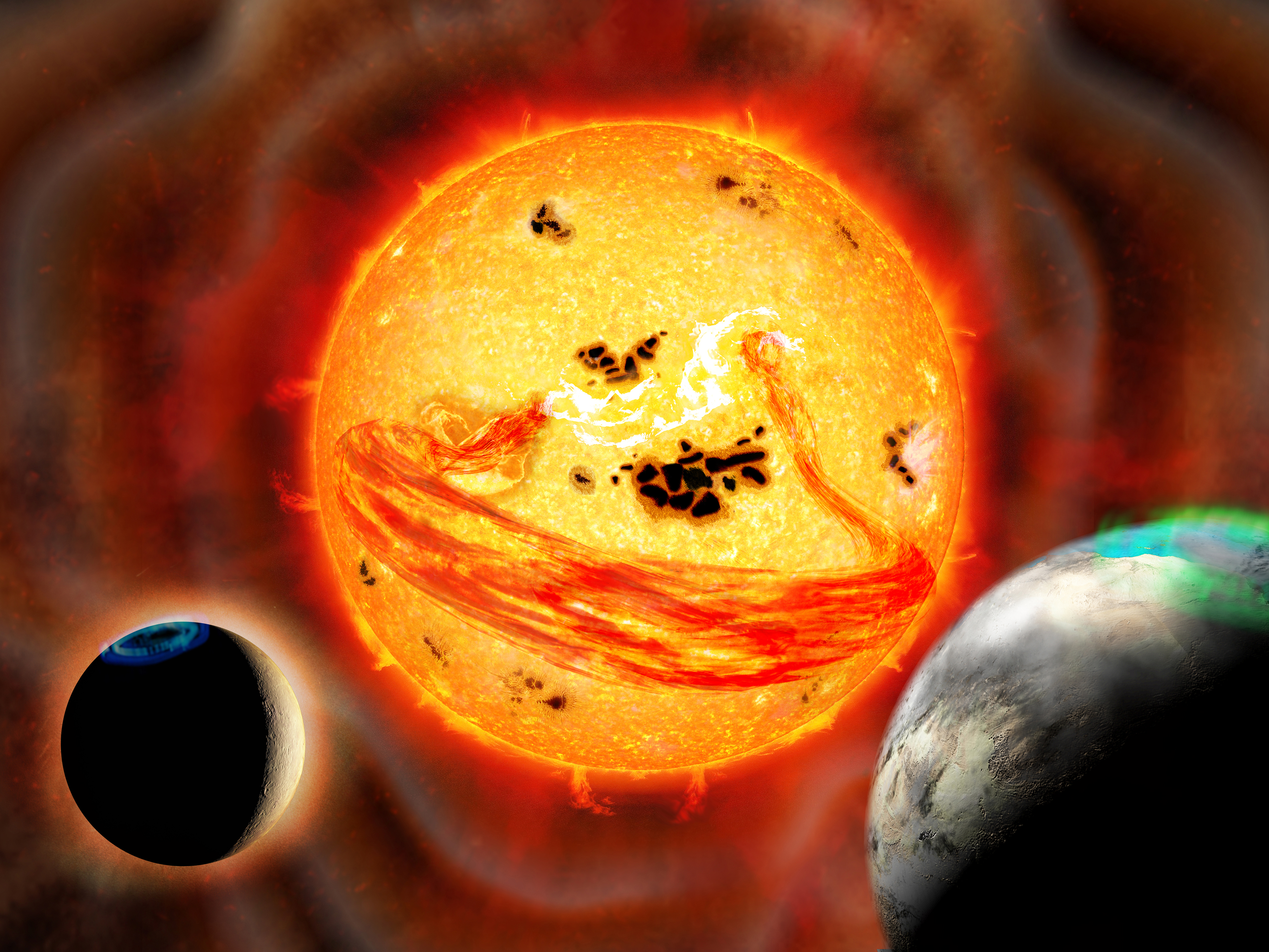