A cloud of debris from an exploded star contains large amounts of oxygen (shown in green). Most of the oxygen we breathe came from such debris, which was incorporated into the newly forming Sun and Earth. The heavy stars that explode as supernovae produce many chemical elements during their lives, then produce even heavier elements during the explosion. This supernova remnant, known as N132D, is about 160,000 light-years away in the Large Magellanic Cloud, a companion galaxy to the Milky Way. This X-ray image, snapped by Chandra X-Ray Observatory, shows the expanding clouds of debris as it appeared about 3,000 years after the star exploded. [NASA/CXC/NCSU/K.J.Borkowski et al.]

Find out more in our radio program entitled
Oxygen 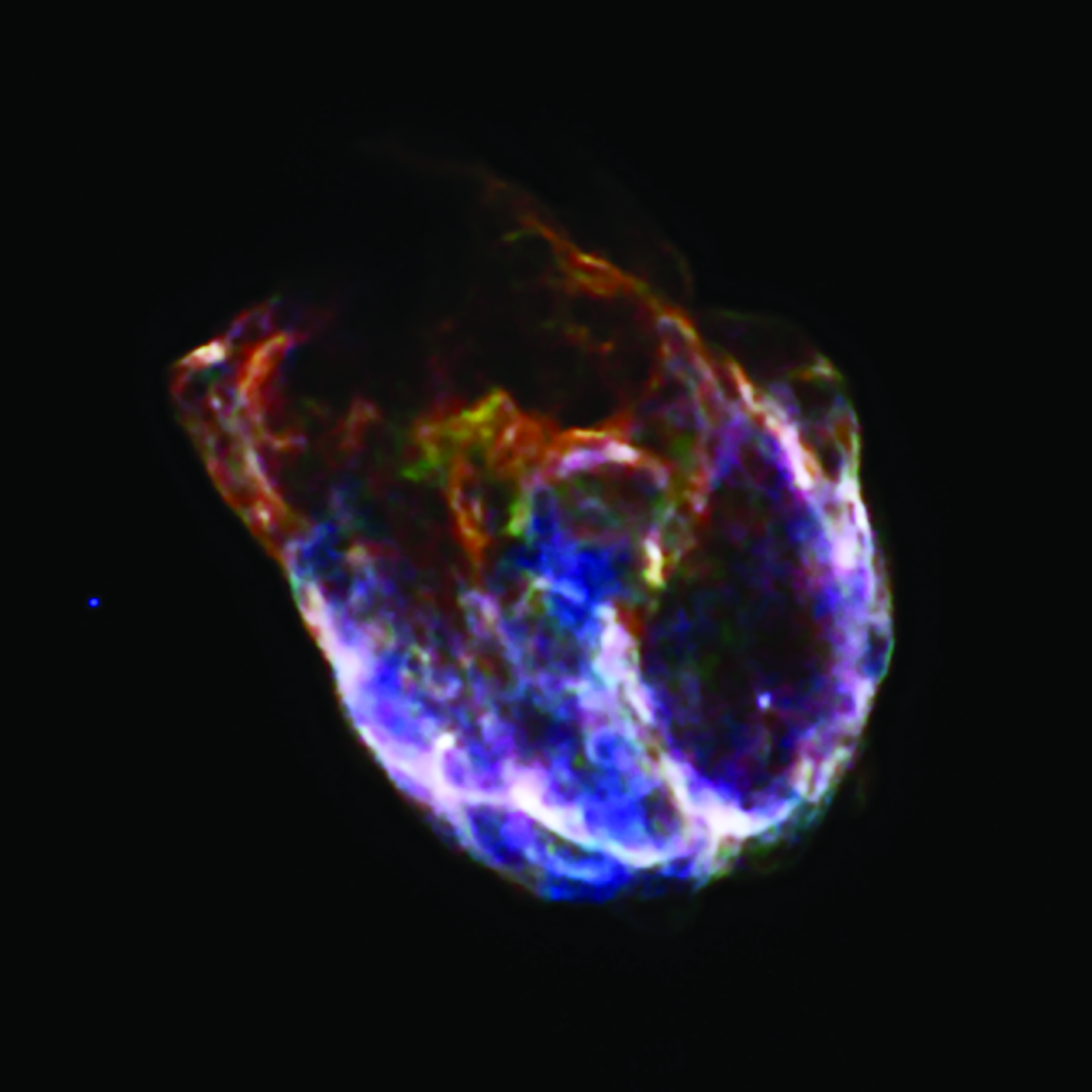