Neptune, the most remote of the Sun's eight major planets, is a giant blue marble, as shown in this view from the Voyager 2 spacecraft. A dark storm, known as the Great Dark Spot, whirls through the planet's clouds in this image, which was snapped in 1989, but has since disappeared. Methane in Neptune's upper atmosphere absorbs red wavelengths of light, allowing only the blue to shine through. [NASA/JPL] 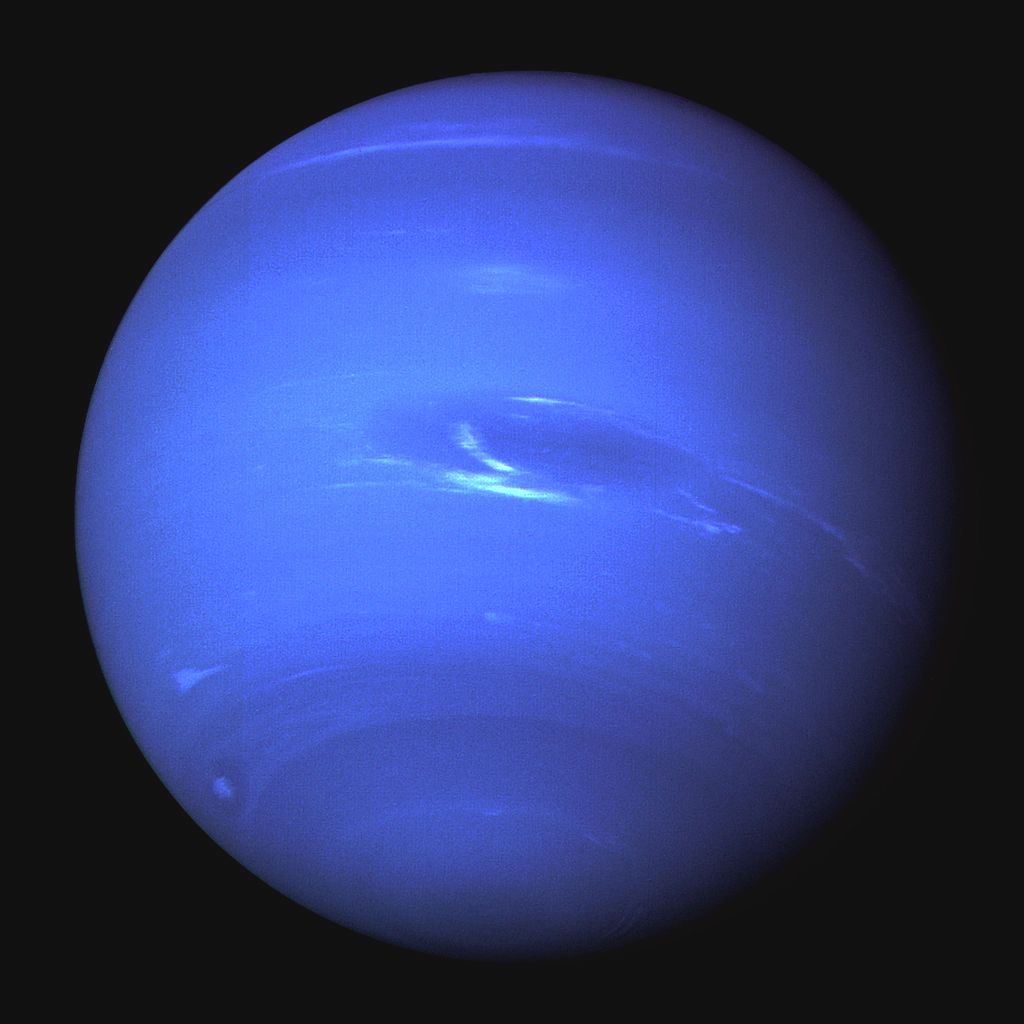